Having mana whenua contributing to decisions with their local knowledge of the taiao (environment) of Waitaha Canterbury will continue the progress toward better environmental outcomes.

As well as acknowledging the wealth of knowledge mana whenua have to offer, the inclusion of Ngāi Tahu councillors with voting rights recognises the role Ngāi Tahu have as kaitiaki (guardians) and their right to rangatiratanga (self-determination) within Waitaha Canterbury. It is a significant step towards delivering on the new age of cooperation promised in the 1998 Crown apology to Ngāi Tahu delivered at Ōnuku Marae as part of the settlement of the iwi’s Te Tiriti o Waitangi claim, in which the tribe’s rangatiritanga was recognised by the Crown.

Read Te Rūnanga o Ngāi Tahu’s media release to find out more about them or visit the Our Councillors page for  details on all 16 councillors.

Mana whenua were represented on the Council through the appointment of a Ngāi Tahu commissioner alongside six Crown appointments from 2010. Two Ngāi Tahu councillors were later appointed between 2016 and 2019.

In September 2020 Environment Canterbury decided there should be two Tumu Taiao, mana whenua experts to the Council, to be selected by the 10 Papatipu Rūnanga.

Under the provisions of the Local Government Act 2002 the Tumu Taiao were not able to vote at Council meetings, however they made a valuable contribution to Council’s governance and operations, including greater efficiency in planning and consenting processes, reduced costs for Council and consent applicants, and improved enforcement decisions.

About the decision making process

Development of a Local Bill

That attempt to reinstate this representation by way of a local Bill in 2019 did not pass its first reading in Parliament.

In May 2021 the Environment Canterbury Council made the decision to promote the new local Bill to Parliament.

Progress through Parliament and public consultation

The Bill went through a full Parliamentary process including three readings in the House and consideration by the Committee of the Whole. It was considered by the Māori Affairs Select Committee, which ran a full and open public consultation process.

There were about 1700 written submissions and a number of submitters also spoke at hearings expressing their views.

During these stages, a range of views were put forward and debated and this culminated in the Bill being passed at its final reading on 3 August 2022.

The Bill was reviewed by the Attorney-General’s office, which found it is consistent with the Bill of Rights Act.

After Councillors discussed the Bill at a public meeting on 13 May 2021, Environment Canterbury undertook a range of actions to raise public awareness.

The Bill was available on the Council’s website from 14 August 2021 to 4 October 2021 and copies were available for physical inspection at each of the Council’s offices during this time. Advertisements were placed in newspapers across the region.

The Council gave notice of the Bill to every member of Parliament in the South Island, the Mayors of each district within the Canterbury region, the Chief Executive of Te Rūnanga o Ngāi Tahu, the Department of Internal Affairs (Local Government Division), the Ministry of Justice, the Local Government Commission, the Remuneration Authority, Statistics NZ, Te Puni Kokiri, Te Arawhiti, Local Government NZ, the Chairs of each Papatipu Rūnanga, and the leaders of each political party.

You may be wondering...

In this section we address issues people have raised, such as why we didn’t opt for Māori constituencies and how the mana whenua representatives were selected.

Why not have Māori constituencies?

Within Canterbury there is only one iwi with mana whenua throughout the region and, because of this, the Council prefers the selection of Ngāi Tahu councillors.

Having separate Māori constituencies would not adequately recognise Ngāi Tahu as mana whenua for the region, and they are inappropriate given the size of our region.

Having Māori constituencies would allow for people to vote who do not whakapapa to Ngāi Tahu. People who are not of Ngāi Tahu descent would also be able to stand for Council and potentially be elected from a Māori constituency. If this happened, it would fail to meet the objective of providing for mana whenua representation.

How were the mana whenua representatives selected?

The Act enables Te Rūnanga o Ngāi Tahu to appoint up to two mana whenua members of the Council. The selection process involved the 10 Papatipu Rūnanga and was independent of Environment Canterbury.

How does their selection compare with the constituency councillors?

They are accountable to their wider whānau (there are more than 74,000 people registered with Ngāi Tahu) - and they will be expected to provide regular detailed updates about the decisions they make.

The Act provides for mana whenua representation on the Council. No other group has been legally recognised as mana whenua in the way Ngāi Tahu have. This is noted in the Attorney General’s Bill of Rights Act review

Read the Ngāi Tahu media release on the passing of the Bill. 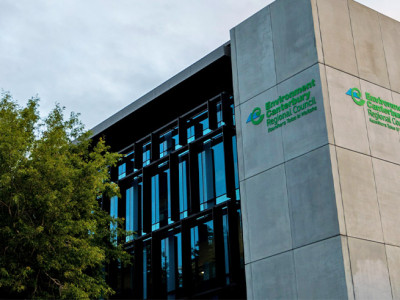