A prosecution for illegally clearing riverside land in the lower Waitaki has successfully gone through the Alternative Environmental Justice (AEJ) process.

On 3 November 2016 charges were withdrawn in the Christchurch District Court against the directors of Station Peak Dairy Limited as both Environment Canterbury and the defendant agreed to alternative outcomes which benefited the community.

In late 2015 Station Peak Dairies Ltd (SPD), which farms land close to the braided Waitaki river, started clearing what they thought was their land of gorse, broom and willow. They formed the vegetation into windrows and burned it. As it was a large burn, despite the fire appearing to be out, the winds whipped up some weeks later and a fire jumped along the berm frontage of the adjoining property.

Environment Canterbury started a prosecution for both the clearance work and the damage done by the fire in early 2016. The area of vegetation destroyed or damaged was designated as flood protection vegetation under the Flood Protection and Drainage Bylaw 2013.

The buffer zone made up of this vegetation provided significant protection to adjoining farmland, as well as to downstream neighbours and community assets, such as road and power infrastructure. Removal of the vegetation increased the risk of flooding and erosion to those communities and assets.

SPD applied to take part in the Council’s Alternative Environmental Justice scheme. This scheme is designed to expand options for achieving compliance while ensuring that the consequences of offending are accepted by the community, those affected, the Regional Council and defendant as just and fair. It is a mixture of restorative justice and diversion.

Part of this process involves a conference with representatives of the local community to discuss how the offending has impacted them and to be a part of seeking solutions.

On 22 August 2016 the defendants, Environment Canterbury staff and members of the Waitaki community and Te Rūnanga o Waihao attended a conference in Waimate. The conference was conducted by Restorative Justice Services Ōtautahi Christchurch. SPD apologised and wanted to put it right. They explained their confusion about the location of the boundary.

As a result of this it was agreed:

After the conference, Environment Canterbury withdrew the charges and an enforcement order was issued in December 2016 which recorded the outcomes.

SPD director Kieran Pavletich was pleased to have it finally resolved.

“We believe the outcomes to be mutually beneficial for all the parties involved,” he said. “The Alternative Environmental Justice scheme that we worked through with the help of Environment Canterbury proved to be a very thorough and consultative process.”

“At the end of the day we believe in and try to practise environmentally friendly, sustainable dairy farming. As a family business we will always strive to keep working to achieve this.”

“The regulatory environment that we, as farmers, work within these days is ever changing and it is our responsibility to keep ourselves aware of and up to date with all rules and regulations and ensure we are working within them.”

Environment Canterbury solicitor Vanessa Sugrue said Alternative Environmental Justice provided a mechanism where those who attend can delve into what happened, understand what happened, look at how to make it right and prevent it from happening again.

“The more people who attend the more robust the discussion can be. It is not always an easy process but so far it has proven to be a valuable addition to the regulatory options available.”

For further information contact Environment Canterbury Media on 027 221 5259 or media@ecan.govt.nz 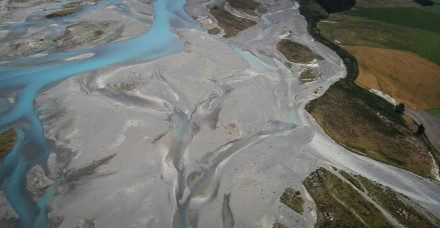