About the Regional Committee

The committee is directed to uphold the mana of the freshwater bodies within the Canterbury Region by drawing on members experience to give guidance to Environment Canterbury on enduring land and water management solutions that give effect to the CWMS vision, principles, and targets.

It is tasked with monitoring the progress being made to implement the goals of the CWMS across the region. It will also provide advice and reporting to Environment Canterbury, Te Rūnanga o Ngāi Tahu, and the Canterbury Mayoral Forum on regional issues associated with implementing the CWMS.

A bit about Jane

Jane has been appointed as one of the two co-chairs. She has been active in the CWMS development and rollout since its inception. Jane was a member of the previous CWMS Regional Committee for eight years and brings with her a strong understanding of all it entails.

She has a wealth of governance experience, having been involved with the Canterbury Aoraki Conservation Board, as well as having been a former Environment Canterbury councillor.

Jane welcomes Te Mana o Te Wai and respects the Treaty partnership. She is passionate about land and water management and has a good understanding of the issues which the community face. 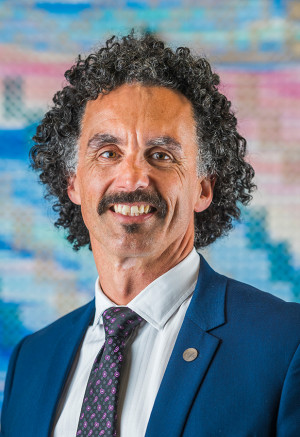 Iaean, Ngāi Tahu – Wairewa, has been appointed to act as the interim Ngāi Tahu Co-Chair until another is appointed. This arrangement will ensure the committee has Ngāi Tahu representation from the outset and allow time for Ngāi Tahu to nominate their Co-Chair.

He served as an Environment Canterbury councillor from 2016-2019. As a Councillor, he was involved with the Freshwater Management, Biodiversity and Biosecurity, and Regional Leadership portfolios. He is now one of Environment Canterbury’s two Tumu Taiao (Mana Whenua experts), providing important advice to the council on behalf of Mana Whenua.

Like Jane, he has extensive governance experience - particularly in Māori and commercial areas. Iaean has also had significant involvement with environmental issues, including as a former chair of Mahaanui Kurataiao Ltd and as an alternate for the Te Rūnanga o Ngāi Tahu Board.

The selection process for the committee’s community representative appointments is currently underway. These appointments, alongside the Rūnanga appointments, will be made and announced in due course.