Halfway through an Environment Canterbury-led, three-year weed control and planting project, the team from contractor, CityCare Property, share their mahi challenges, motivations and hopes for the future of the Waimakariri River berm.

Through the berm transition programme, we are transforming sites on 23 awa throughout Waitaha Canterbury. Approximately 50 hectares along the Waimakariri, including some land owned by us, will benefit from targeted weeding and enhancement planting.

The Regionwide Berm Transition Project is part-funded by the Ministry of Business, Innovation and Employment’s Kānoa – Regional Economic Development and Investment Unit (64%), with the remainder co-funded by us through a combination of contributions from partners and operational funding/rates.

One aim of the project is restoring habitat for our native manu. Open Spaces Management (OSM) Horticulture Supervisor, Kyle Griffiths, described pīwakawaka, the most seen manu at the site, as brightening his day with their curious nature.

In the coming years, enhancement plantings will provide more food source for manu, increasing the number and variety that make the site their home.

Already the team have seen a karamū swarming with tauhou (silvereye/wax-eye) and were excited by the discovery of a pair of ngirungiru (tomtit).

OSM Senior Field kaimahi, Layling Stanbury, said “this is a dream come true for me, having done ecological restoration as a volunteer for so long. It’s also rewarding hearing korimako (NZ bellbird) song; that's what we're doing this for, to feed them!” 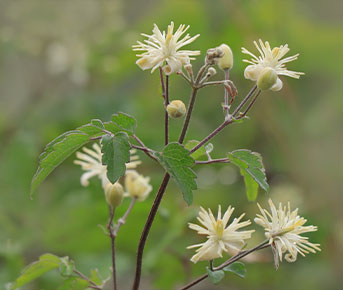 Weed clearance is a major part of the project, one that Kyle described as “rather daunting.”

“We have old man’s beard that has been in place for a very long time and has made its way into the highest canopies; it requires a lot of attention to control it,” he said.
Layling added, “we cut it off at ground height and we have to pick all of it up off the ground otherwise it will just root and keep growing.”

Due to the smothering nature of old man’s beard, accurate plant identification has proved critical to the project. OSM Senior Field kaimahi, Nasir Mulligan, explained discovering a karamū that was overwhelmed by the pest plant.

“For someone who may not know what native plants look like, they may have either sprayed or gone through the middle of it with a chainsaw or hedge trimmer. One of our key successes is preventing that being done,” he said.

“When we find something like this, we go in really gently and try to clear it out as best we can. If we had bowled it down, that’s years’ worth of growth lost. The bush is well suited to its environment. We really want stuff like this as seed source to spread throughout all this area we’ve cleared,” Layling added.

Through the weed infestations, the team has uncovered some unexpected remnant native species, like a kānuka so old they were unable to determine its age.

The tree had been so densely surrounded by willows that they were directly under it before identifying the species.

“It’s always really exciting when we find a big kānuka like this and we find all the seedlings surrounding it, it means that nature’s doing its job for us. We’ve planted a few things under the canopy to really enhance that site. This is what our job’s about,” Layling said. The CityCare Property OSM tam has made a number of interesting discoveries, including instances of Toe Toe (left) and mature Kanuka growing in the depths of the wetland zone - not the usual habitat for either species.

Kyle said these discoveries were a wonderful motivator, adding “the sheer amount of remnant species we have found growing amongst such thick stands of exotic weeds has been a very pleasant surprise and is very satisfying – it’s what we were hoping to discover and enhance on the site.”

Making a meaningful change to the landscape through the combination of the weed control programme and installation of enhancement planting was its own reward, he said. 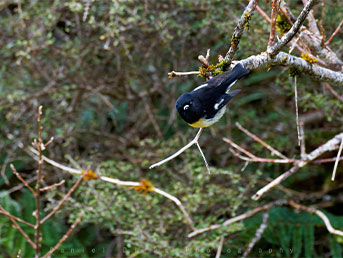 Hopes for the future of the berm

Some of the kaimahi desires for the Waimakariri site include medium- and long-term changes like:

"Our primary objective is clearing around our pre-existing native trees and shrubs, giving seedlings the opportunity to come up. We’ve already seen some kōwhai seedlings popping up, which is a success because it’s tilting the scale from exotic weeds back to native bush," Nasir said.“This is just the beginning of something great."

Find out how planting and berm transition can increase flood resilience.

Find out more about the projects funded by the central government’s climate resilience fund.