From our councillors: Public transport challenges

Free buses across Greater Christchurch invoke suggestions of greater patronage, reduced pollution and less congestion – all things we’re striving towards, but which we must achieve in a different and sustainable way. 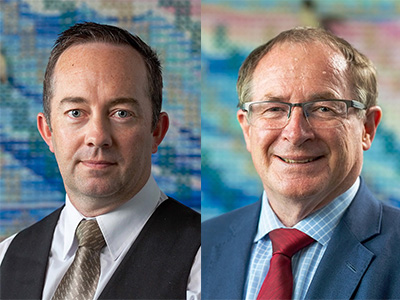 Encouraging greater patronage through better and more frequent service at a reasonable cost is the key challenge facing the Greater Christchurch public transport system, and is what the community told us they wanted when the Regional Public Transport Plan was consulted on. It is the ‘how’ that is the real question.

An entirely free public transport network is unlikely, simply because somebody has to pay. The roughly $85 million cost to run the network each year is currently funded by government subsidy, rates and fares.

‘Free’ in terms of no fares for passengers might also mean no extra government subsidy, landing a significant cost on ratepayers in the areas where the services run, regardless of whether they use the service.

Even with the current funding model and fare revenue, there is simply not enough money to beef up services, let alone run them for free.

But with stronger funding or a different economic model, we could potentially trial a free route. We know that when buses have been fare free for people to attend some events, such as the recent car-free day, there has been good patronage. But even these free rides get paid for by someone – that is, either general ratepayers or the government pick up the tab.

So if we are ruling out ‘free’ across the board, how are we going to increase patronage and continue to develop the service?

Environment Canterbury and the partners of the Greater Christchurch Public Transport Joint Committee have work underway to develop a new economic model for investing in public transport, but there is a lot of work still to be done on that at this stage.

In the meantime, there are moves in the direction of low emissions. In terms of environmentally friendly buses, we are now operating three electric buses and have contracts for another 25 in the near future and another 39 low-emission diesel buses joining the fleet.

Find out more about our new bus fleet.

But back to the money: electric buses cost about 20% more to own and operate than diesel buses. The current price of an electric bus that can do about 300km between charges is in the vicinity of $780,000, compared with around $400,000 for a diesel, but of course the operating costs of the electric vehicle are a lot cheaper.

If councils throughout Aotearoa worked through central government to make a bulk purchase of electric buses for the whole country, this should make them more affordable. The delivery could be staged so that older buses could be phased out to achieve state-of-the-art fleets of buses with zero carbon emissions.

That said, what we don’t yet know is the life expectancy of an electric bus and what other technology might become available that could be even better. So even if we could afford it, a rapid swap to ‘all electric’ might not be the wisest move. We are keeping a close eye on developments with hydrogen-powered buses, which could also be part of any bulk purchasing plan. If experimental trials continue to be successful there could be a great future for hydrogen as a fuel for public transport.

Of course, all this only makes a difference if people opt out of their individual cars and into public transport.

We are investigating options for mass rapid transit at the moment, recognising that any investment would need to be significant.

Where rail is successful elsewhere in the world, there are high population densities along the rail corridors, so it wouldn’t work everywhere. Bringing people into Christchurch city for work and leisure in high numbers would, therefore, be a key objective.

With new technology being developed, we could develop light rail in the medium-term, perhaps using new corridors where our bus lanes are now fully established and using fast, comfortable and convenient trains. Even trackless trams could be considered as an evolving technology.

An alternative, future, heavy rail commuter system with a top speed of around 110kmh would also reduce emissions and ease congestion. It could follow existing and under-used lines – meaning no major land purchases are needed – from as far north as Waipara, west to Darfield and initially south to Rolleston or even Ashburton and Timaru.

This would require consensus from the region’s territorial authorities and may qualify for money from government funds. If there was a real desire and aligned funding for this, we could start on the project within a few months, though it would take a lot longer to have commuter trains on the tracks.

In the short-term, Environment Canterbury’s biggest public transport priority will be getting over Covid-19. Patronage will take some time to recover, given physical distancing on buses could continue for some months yet.

The perception of the risk of infection may remain a challenge in persuading passengers on board, both regulars and new customers. And the fear of using cash may also present challenges in recouping fares. The government has been supporting the network to enable free trips under Alert Levels 4 and 3 so essential trips can still take place, and under Alert Level 2 the vehicles are following strict Covid-19 regulations to keep them safe for passengers and drivers alike.

In the future, adding alternative bus options in Christchurch and possibly to and from satellite towns in Selwyn and Waimakariri, with more flexible routes such as Timaru’s on-demand MyWay service, might help people to see our public transport as a safe, convenient option.

However, for public transport to recover patronage and fares in the post-Covid environment, a continuation of government support and funding will be essential to strengthen that valuable partnership between councils, ratepayers, patrons and bus companies.

Stay up to date with our latest Covid-19 response. 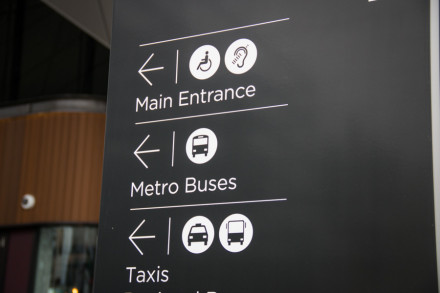 We work with partner organisations and stakeholders to consider what public transport in Canterbury could look like in future.