Home / News & events / From our Chair: Virtual fence to give boost to birdlife

From our Chair: Virtual fence to give boost to birdlife

New Zealand leads the world in pest management. That’s not to say we don’t have our challenges, but we’re years ahead of most countries when it comes to exploring and trialling new approaches. 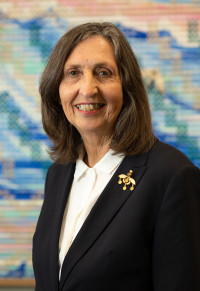 One such approach that I am particularly excited about is soon to be introduced by Pest Free Banks Peninsula. It’s a kind of virtual fence.

Using a network of state-of-the-art traps between Duvauchelle and Okains Bay, the group will create an ‘active’ fence to protect and encourage the reintroduction of native birdlife in the 23,000 hectares south-east of the two locations.

Traditional, static fences can work, but they’re expensive to build and maintain (especially in wild and windy areas such as Banks Peninsula). They can also be difficult to coordinate and plan, and they can be an eyesore.

Research also shows that should a traditional fence fail, it takes practically no time at all for predators to find and exploit the weak spot. Often just a matter of minutes.

Advantages of the virtual fence

The virtual fence is far less intrusive, less labour intensive, and allows for greater flexibility but it’s really the traps themselves that make this approach so special.

For starters, they work on a range of predators, such as possums, stoats, weasels, and rats. They are powered by rechargeable batteries and auto reset, which means they can dispatch many predators over many months. They have amazing safety features that protect other animal life and they send useful data via Bluetooth back to the rangers.

The traps aren’t a silver bullet, we’ll still need traditional methods to some degree, but their high-functioning, low-maintenance aspect makes them a serious contender for improving a lot of our native birds, as well as our lizards and invertebrates.

Pest Free Banks Peninsula take a measured approach when considering the expected results, but even so, they are confident that this could be a gamechanger for the region’s birdlife and biodiversity.

Imagine spending the day poking around the bays of Banks Peninsula and seeing and hearing an abundance of tui, bellbird or takahē, or hearing the whooshing wings of kererū. Imagine hearing kiwi at night.

This is Pest Free Banks Peninsula’s vision for the region and a very real possibility with this technology and approach.

Where to from here

The group aims to lay a total of 336 traps across 5,000 hectares. About one trap every 15 hectares. In the coming months, they’ll be talking to landowners to explain their plan and the benefits and safety aspects of the traps.

Looking to the future, the virtual fence on Banks Peninsula will provide useful information on how the traps can be used in an urban environment to further support the goal of a predator-free Canterbury. There are some exciting possibilities ahead.

*Cr Jenny Hughey is the Chair of Environment Canterbury. Find out more about our Councillors.