From our councillors: New coastal plan to protect communities and biodiversity 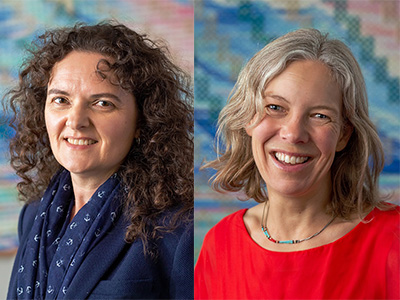 Complex, energetic and highly sensitive to change, Canterbury’s diverse coastline and inshore waters, and the life within them, are a critical part of our environment.

The ever-changing, dynamic coast deserves the strongest protection possible while also allowing hugely important customary rights for mana whenua and others, and ensuring commercial and recreational activities can take place in a way that does not negatively impact the environment.

Find out more about the current coastal plan.

After 15 years, we are excited Environment Canterbury is about to start work on a new coastal plan. Late last week we met with Ngāi Tahu as our first conversation to commence this critical piece of work.

The relationship between Ngāi Tahu and the regional council has evolved considerably since the current coastal plan was written in 2005, and recognition of Te Tiriti o Waitangi in plan-making has been strengthened. The relationship will be key to getting this plan right.

At a meeting earlier this month, Environment Canterbury councillors approved the 2020/21 annual plan and allocated $500,000 for this financial year to undertake a more comprehensive review of the coastal plan than was previously envisaged.

Sea-level rise, coastal erosion, coastal water quality and the protection of indigenous marine wildlife are among the critical issues that need to be considered in our coastal environment. We are also aware aquaculture is an area of potential growth in the next decade which will need careful management.

We have also allocated $150,000 for community involvement in our decision-making on possible ways to adapt to climate change in our region, a key consideration in the coastal plan development.

Councillors have yet to discuss how they will set priorities for the coastal plan project, given there is so much to consider along Canterbury’s extensive coastline. We need to robustly debate the issues with our iwi partners and other communities to ensure we are focusing on the right subjects.

We’re greatly encouraged by last week’s announcement of better protection for Hector’s dolphins around Banks Peninsula - including a ban on drift netting, the prohibition of new permits for seismic surveying and seabed mining in marine mammal protection zones, increased marine mammal protection areas, and a toxoplasmosis plan – and we acknowledge the Department of Conservation’s leadership in this area.

There are only about 1000 Hector’s dolphins left around the peninsula and we are at the stage now where it requires all of us to push each other to do something, otherwise we’re going to lose them. It’s appropriate to look at every opportunity we have to protect them, while being mindful of other activities taking place in our waters.

The new coastal plan provides the opportunity to bring to bear all the latest science and knowledge of coastal hazards and sea-level rise, and start to plan how we will respond to those threats.

Throwing money at climate change is only going to help to a certain extent. We have to take steps to adapt and be realistic. Even if mitigation is successful, we’re still looking at a time scale of hundreds to thousands of years to see a reversal – if indeed it is possible at all.

There’s a real need to be flexible. We may need to consider such measures as climate-safe houses along the coast, for example, which can be moved or raised. Communities need to have input to this, as it’s vital we find solutions together.

Along with climate-change adaptation and planning for our coastal communities, it might be good to prioritise consideration of other coastal hazards, such as accelerated erosion, flooding risks, storm surges and tsunami – and we’d like the community’s input into those priorities.

It could take the best part of several years before we finally adopt our new coastal plan. But it’s worth doing it right and taking time to fully consider the views of all our communities towards our precious coast.