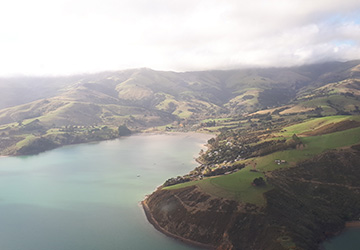 The routine monitoring and water sampling trips conducted by our coastal team are not just a chance to check water quality in Canterbury’s river mouths, bays and coastal lagoons.

They are also an opportunity to take some spectacular aerial photographs of our beautiful region.

These fantastic images were snapped during a quarterly sampling run where 19 marine coastal sites and two lagoons were visited to collect water samples and make water quality observations.

Data gathered from this trip and trips like it is used for the monitoring and management of the Canterbury coastal environment.

The northern coastal helicopter run, which took place in June, started near the Rakaia River, headed north over Te Waihora / Lake Ellesmere and the harbours of Banks Peninsula, as far north as the Waiau Uwha River. 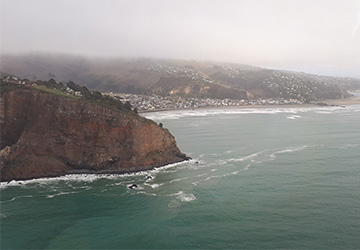 Surface water science technician David Ashby-Coventry said the data collected from these trips give a great indication of health in our coastal water bodies.

Regular monitoring also builds up a picture of the water quality trend over time.

“We gather water samples along the way, testing for different types of nitrogen and phosphorous, suspended sediment, turbidity and chlorophyll-A, as well as the temperature and pH of the water,” David said.

“These are indicators of the water quality for ecosystem health. Along with the sampling, we also take visual observations including the water’s colour and clarity, and note the environment at the site on the day – things like wind speed and direction, and rain,” he said. 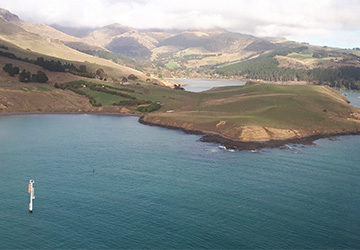 Some of the areas visited were: