Celebrating a decade of biodiversity improvements

Protecting biodiversity unique to the Hurunui 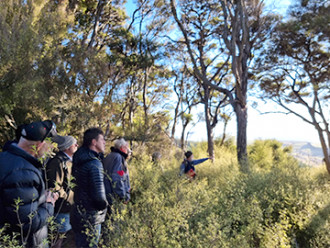 It has received $24,000 of Immediate Steps funding over the last decade. This has been used for fencing to keep livestock out of the protected area and for removal of wilding pines through drilling and poisoning.

The fencing has created a buffer between the farm and Smothering Gully Stream, a four-kilometre waterway flowing to Omihi Stream, a tributary of the Waipara River. A walking track has also been created through the area which the landowners enjoy sharing with visitors.

Environment Canterbury biodiversity officer Zipporah Ploeg says huge improvements have been made since the start of the project with native pygmy mistletoes (pirita) recovering in the QEII covenant site due to stock exclusion. The site also contains locally rare southern rātā and filmy ferns (piripiri).

“Protecting areas with different ecosystems is vital as it helps to ensure that biodiversity unique to the Hurunui can flourish,” she said.

“Once the major threats are managed, in this case woody weeds and stock grazing, the native vegetation can quickly regenerate.

“Controlling the spread of wilding pines has helped to protect this important native ecosystem. Drilling and poisoning the pines means they decay naturally, and this method creates less interference for native seedlings,” Zipporah said.

“There is a lot of exposed sandstone and one of the quirky features is that it is porous and can slowly release water in dry areas which helps plants like filmy ferns thrive in a relatively dry environment,” he said.

“We’re making great progress here in Canterbury in terms of being able to work together on protecting large-scale areas such as Smothering Gully which provides visible benefits to the environment and waterways.”

Zipporah says the ongoing commitment of HWUWZC members, the QEII National Trust and landowners shows how positive results can be achieved when all parties work together on a long-term environmental restoration project.

“This is a real success story due to the passion and commitment shown by everyone involved in the project,” she said. “Returning to the site 10 years later and seeing the progress that has been made is a tribute to the effort that so many people have put in since this project first began.”

Past and present members of the HWUWZC enjoyed visiting the site as their last official event before the committee was discharged after more than a decade of engagement with the community on local water management issues and priorities.

Former and current zone committee members ended the day with a closing celebration which reflected on the HWUWZC’s achievements, challenges and contributions as the first water zone committee established under the Canterbury Water Management Strategy 2010.

The Hurunui District Council is establishing a Hurunui Water and Land Committee, in partnership with Kaikōura and Ngāi Tūāhuriri Rūnanga, and Environment Canterbury. 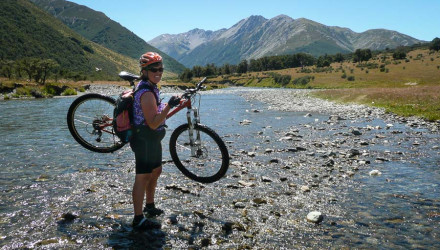