Biosecurity officers will spend most of November inspecting more than 200 properties in Hurunui and Kaikōura to identify and remove an invasive plant.

Nassella tussock is a pest that is spreading across Canterbury. It displaces other grasses leaving pasture unpalatable to stock and makes it more difficult for native species to grow.

Regionwide, there are more than 1450 properties where Nassella tussock has been found or has historically occurred. This covers more than 400,000 hectares across Canterbury.

We have been inspecting properties over the past few months and are now assisting landowners on properties with higher density populations. Higher density properties contribute the vast majority of the seeds distributed annually.

Most landowners have made great strides with control

Northern biosecurity team leader Matthew Smith said most land occupiers had been fantastic to work with, however there were still some who had left their control work too late or had not booked a contractor early enough in the year.

“Most land-occupiers do an excellent job at controlling Nassella tussock and do it on time each year. By doing this they are not only protecting their assets but preventing spread to neighbouring properties.

“Unfortunately, some continue to leave their control work until mid-November or sometimes even later, by which time seeds are becoming viable and the opportunity to prevent that happening is then lost,” he said.

To sustainably manage Nassella tussock throughout the region, land occupiers must annually search their land to identify and eliminate plants. 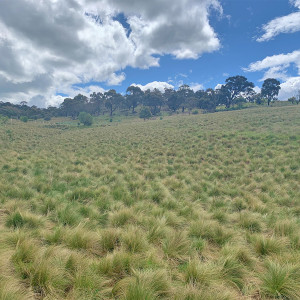 “However, it’s important we recognise and celebrate those who are continuing to undertake this work on time and to a high standard, as farmers are under a significant amount of pressure at the moment,” Matt said.

It’s an important job as mature plants can produce up to 100,000 seeds. Seeds can then be dispersed to neighbouring land by wind, water, stock, clothing and machinery.

Once inspections have been carried out, our team may need to return for a reinspection. This will be arranged well in advance with the landowner.

Find out more about Nassella tussock

We’re here to help you manage Nassella tussock on your property. Check out our dedicated webpage on the tussock; report sightings by filling out this form; or seek advice from our biosecurity team, by emailing biosecurity@ecan.govt.nz or phoning 0800 324 636. 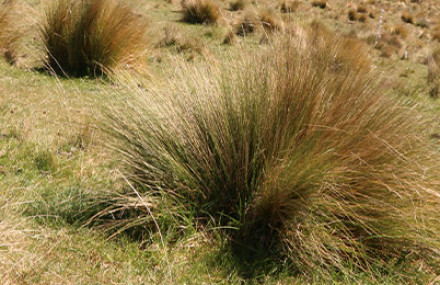 Learn how to identify, report and control this invasive grass that is spreading in Canterbury.