Home / News & events / Teaming up on pests in Kaikōura

Determined community members are teaming up with staff in Kaikōura to eliminate pests.

Kōrero between Ocean Ridge residents and the estate owner has led to a trapping initiative aimed at boosting the number of native bird species in the area. Pests like rats, mice, and stoats, which threaten native birds, will be targeted.

The Ocean Ridge Community Catchment Conservation Group (ORCCG) is leading this mahi/work and has been granted nearly $20,000 from our biodiversity fund to support trap construction, materials, community engagement and administration. 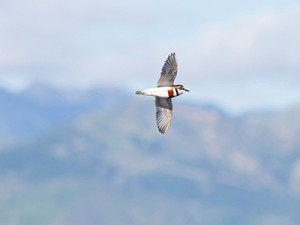 The project will see a predator trapping programme established in Ocean Ridge’s wetland and bush reserves, and the adjacent forest and shoreline.

The wetland and bush reserve host tūī and korimako (bellbird) along with other bush-birds, and the wetlands are home to pūkeko and paradise ducks. The shoreline is an important nesting habitat for nationally vulnerable pohowera/banded dotterel.

It also supports other predator-free 2050 conservation work in Kaikōura, and throughout Aotearoa.

ORCCG will also be focusing on community engagement, workshops for volunteers with local trapping experts, and community hui to share their project’s outcomes. 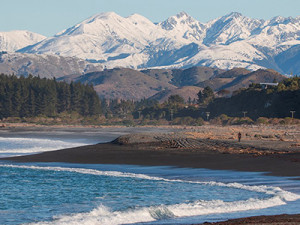 The forestry block opposite Ocean Ridge is closely intertwined with the coastal environment in Kaikōura. Photo credit: Ailsa Howard

The project is a collaboration with the local Mens’ Shed who were approached to make the traps.

“The Men’s Shed has experience in making traps so we were very keen to support the group and see how we could work together,” ORCCG Chair Ross James said.

“Volunteers are also invaluable in this space, and I can’t really praise them enough. The groundwork they’ve put in through backyard trapping and raising pest issues is what it’s all about. Without that, we wouldn’t have this project.

“Trapping protects our special places and species, so to have the owners and residents all on the same page means a lot to the group,” James said.

Protecting and connecting with nature

The project will protect native biodiversity, which future generations will get to enjoy.

“We think protecting the environment and enhancing the beauty of this area is a wonderful legacy to leave to our children and those who come after us,” James said.

“We’re showing them the importance of protecting the biodiversity that we live alongside, and hopefully they will continue this work well into the future,” he added.

Environment Canterbury Kaikōura land management and biodiversity advisor Heath Melville has been supporting the group and agrees that trapping has wider benefits for native biodiversity.

“Native birds face a number of challenges in human-centric environments, such as habitat loss and predation, particularly shorebirds such as pohowera/banded dotterel, who try and remain invisible while nesting on the beach, easily sniffed out by hedgehogs, dogs and both feral and domestic cats.

“This residential development has gone to great lengths to re-establish wetland and forest habitat, giving the community opportunities to strengthen their connection with our taiao/environment, for which this project will further enhance while helping our local manu/birds,” he said.

“It’s great to see the community leading such a project in their backyard and beyond, to extend a hand to the vulnerable shorebirds across the road. We’re pleased to be able to support their mahi through our biodiversity fund and hope it might encourage more community conservation efforts,” he said.

A proposed second stage of weed control and planting at Lynton Downs, Kaikōura will support native forest regeneration within the…

Hear from Kaikōura zone delivery lead Kevin Heays as he updates us on outdoor burning during Alert Level 4, the…