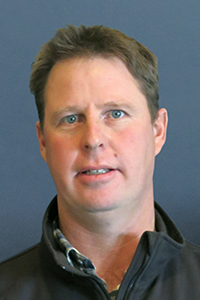 Tēnā koutou. As we head into the colder months once again, it’s worth taking a step back to share with you what the Lower Waitaki Water Zone Committee has been up to so far this year.

After a disjointed 2020 – through no one’s fault – the committee has set in motion an action plan to help deliver on our commitments to the community and to the zone’s waterways.

In the action plan, we have set out nine priorities to help us uphold the mana of our precious freshwater bodies, these include:

On that last target, water quality is quickly becoming a bigger part of the zone committee’s role in Lower Waitaki. The group’s goal is to improve the quality of water in the river by increasing the surrounding native habitat and bettering the ecosystem.

With just a small group of volunteers, farmers, and community members, the team planted about 450 natives – another great step towards a swimmable Waihao River. All in a day’s work for the fantastic community group and its passionate members.

Applications have also just closed for the zone committee refresh. This was the chance for folks in our community to raise their hand and make a difference to waterways that are close to their heart.

We had a few vacancies on our committee, so it will be great to see some fresh energy and new faces around the table once the selection process has been and gone. 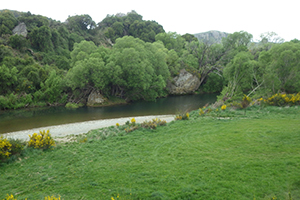 The Waihao River's tributaries have benefitted from $40,000 in Immediate Steps funds recently.

At the last meeting

And at this month’s zone committee meeting, we learned about a water data programme being developed by Environment Canterbury scientists.

The programme, filled with useful tools and information, is still a prototype and is not available to the public – yet.

We were able to discuss what’s going on in the zone in terms of water quality, and we talked about how, in the future, we might be able to get this information out to the community. Keep your eyes peeled for that.

The zone committee's next meeting is on 16 June at the Waimate Event Centre. I hope to see you there.

Transforming McCullochs Bridge, one planting day at a time

A dedicated group set upon McCullochs Bridge in Lower Waitaki recently, to plant out the area with about 450 natives.