More than 120 species were observed during the inaugural ‘Bioblitz Day’, conducted by the Otipua-Saltwater Creek Catchment Group and guest experts in Timaru’s Otipua Wetland. Saturday, January 25 saw creatures ranging from Buff-tailed bumblebees to New Zealand grasshoppers, through to cicadas, spotted as part of the catchment group’s plan to create a virtual plant and wildlife catalogue of the wetlands on the true right (south) of Saltwater Creek on iNaturalist.co.nz.

Catchment group facilitator Rhys Taylor said the group’s goal was not to disturb the wildlife and its habitat – only to snap pictures and upload them to the website, representing a small slice of the area.

“We left only footprints! It was great to see how many and varied the observations were on Bioblitz Day at Otipua Wetland and along the creek to the seashore – well done everyone,” Rhys said.

“There are still some areas off-path not visited, but we were aiming not to disturb nests,” he said.

What else can be found in the wetland?

Along with the smaller insect and plant pictures uploaded to the site, some members of the group managed to snap native birds.

Those observations will be uploaded to ebird.org by Paul Sagar, so the latest list can be found on the Otipua Wetland ‘hotspot’ tab on the site.

The catchment group’s next survey session, which will be held in late February or early March, will focus on invertebrates on land and in water. These profiles will also be uploaded to the iNaturalist website.

For more information on the catchment group, contact Rhys on 021 462 260 or head to the Otipua-Saltwater Creek catchment page where there is a newsletter sign-up form. 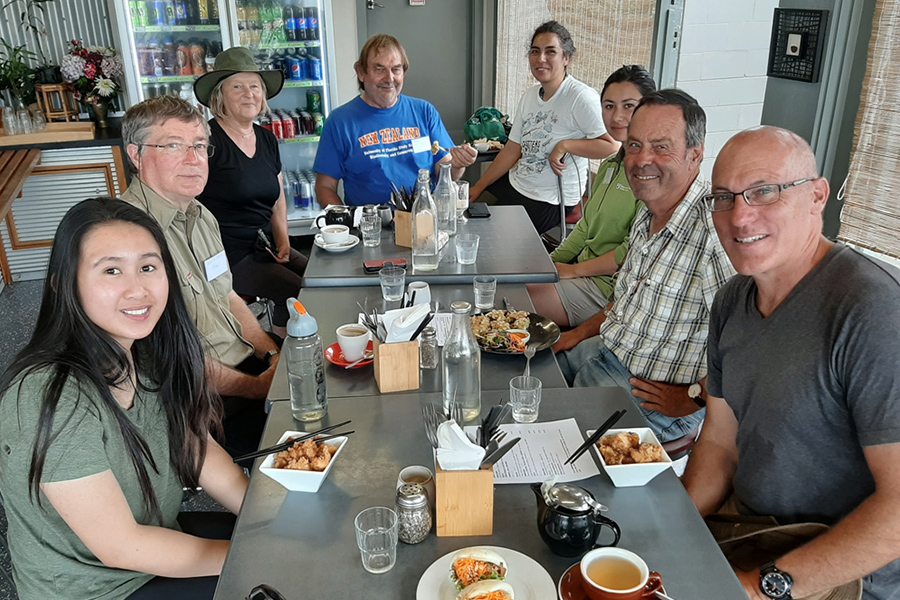