A precious, rocky outcrop in Windwhistle is now under protection thanks to the collaborative efforts of three landowners, QEll National Trust, Environment Canterbury and Selwyn District Council.

The 8.36 hectare site, near the headwaters of the Hororata and Waikirikiri rivers, is home to mature indigenous forest, rare plants, waterfalls and streams - and has significant ecological and biodiversity values. The site is home to beech forest and other rare plants.

A rare habitat for threatened species

The work began in 2018 with the upgrading and replacement of existing fences, and the construction of 1.3 km of new fencing. This will keep livestock out, enabling forest regeneration, and will also help improve the quality of local waterways.

The project was initiated primarily by The Point Station, but very willingly taken on board by Round Top and Long Spur stations.

“The cold, southern aspect and climatic exposure have resulted in several species that are normally found higher in the mountains, being present lower down at the bluff.

“The fencing was coordinated between the three properties, with the support of QEII, Environment Canterbury and Selwyn District Council, enabling each of the landowners to adopt an optimal configuration.” 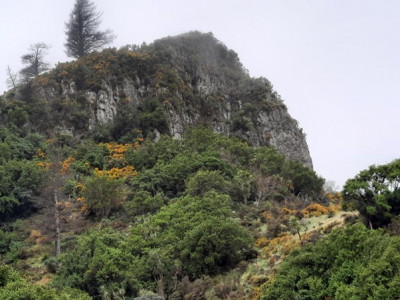 Benefits for farming and the environment

The overall result is a win for biodiversity and could help with research opportunities, due to the locally rare geological and ecological features of the volcanic outcrop (visible rock formation).

The Point Station owners, Steve and Teena Richards, are thrilled with the result.

“The land has always been special to our family – it’s a magical place. To have the larger bluff areas now protected and fenced off properly is brilliant.”

William Innes from Longspur Station says that until now the bluff’s been a difficult spot to keep boundary fences up, and stock from wandering onto the neighbour’s property.

“From a farming sense, it’s worked very well and has meant it’s easier to push stock up the hill.”

We support environmental projects such as the protection of wetlands, remnant forests and riparian planting.

If you’re in the Selwyn Waihora area and are keen to protect, enhance or create biodiversity, please get in touch with land management and biodiversity advisor Billy Bartrum by emailing billy.bartrum@ecan.govt.nz, or by calling our customer services team on 0800 324 636. 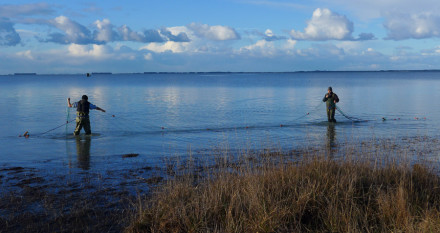