Lake Poaka shoreline to be enhanced

A popular little lake in the Mackenzie Basin, Lake Poaka, is getting some help to reduce invasive trees that are clogging its shoreline and surrounding wetlands.

A new joint project to reduce alder trees around the lake is now underway by the Department of Conservation (DOC), Central South Island Fish & Game and Environment Canterbury.

Introduced alder trees spread rapidly and colonise particularly well in wetlands. At Lake Poaka, they have been clogging up the shoreline and wetlands, reducing the amenity of the lake and degrading the habitat of many wetland species.

“At Lake Poaka, native and introduced fish species co-exist.  By removing alder trees, the habitat of the Mackenzie Basin endemic bignose galaxias, a threatened native fish, will be protected and access to anglers who target brown and rainbow trout will also improve greatly. “

The project will also benefit a number of plant and bird species whose habitats are threatened by the invasive trees.  Dean Nelson, DOC Senior Ranger for Biodiversity, said:  “The secretive bittern is known to inhabit the wetlands and kaki/black stilt also use Lake Poaka and the nearby Waterwheel Wetlands.

Opening up the wetlands would make it a more attractive habitat for kaki to feed and nest in.  Several highly threatened small herbs are found in the wetlands including the pigmy clubrush (Isolepis basilaris), sneezeweed (Centipeda minima) and a type of native buttercup, Ranunculus brevis.”

The project is supported by the Upper Waitaki Water Zone Committee’s allocation of $11,000 of funding from Environment Canterbury, along with contributions from the Department of Conservation and Central South Island Fish & Game.

Improving the lake environment over time

Upper Waitaki Water Zone Committee member, Mat Bayliss, said the project’s long-term goal is to protect the wetland from being smothered by alder trees and thinning of willow to maintain access to the lake for a multitude of users.

“This is going to be a great improvement for Lake Poaka over time and fits in well with the committee’s vision to protect and enhance biodiversity in the area.

“People visiting the lake should be aware that it will take some years for visible results, as there will be some dead standing alder trees on the non-camping side of the lake until they decompose into the wetland.

“It might look a bit ugly in the short-term, especially once we have removed and sprayed some trees, but the aim is for a naturally attractive and accessible Lake Poaka.  If we do nothing, this fabulous area will become an inaccessible tangled mess of introduced vegetation”

Some work will get underway over winter, specifically removing selected trees around the campground, but the main part of the project will involve spraying the dense stands of alder and other non-native plants that are smothering the rear part of the wetland, opposite the campground.

Find out more about enhancing biodiversity in the Upper Waitaki Water Zone. 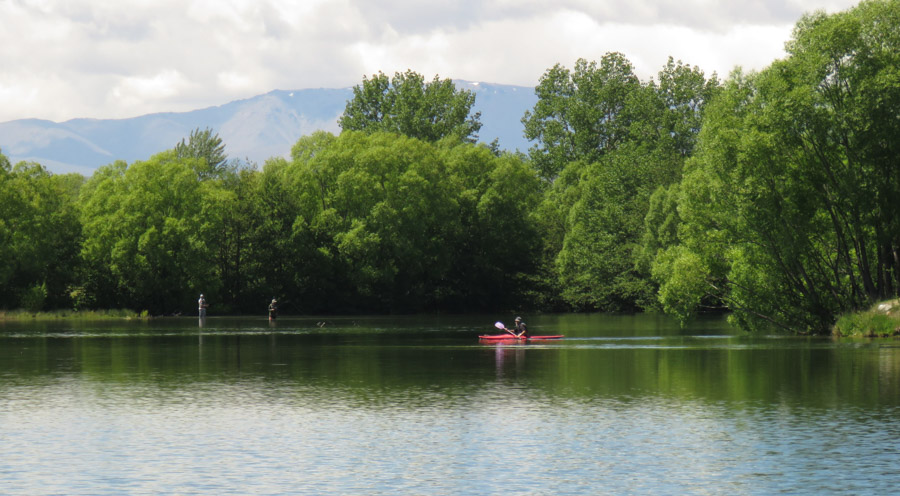