The Waimakariri Water Zone Committee is supporting biodiversity funding of $50,000 for 150 hectares of remnant beech forest, wetlands and manuka scrub on Mount Lawry Station in the Canterbury foothills.

Waimakariri District Council, Environment Canterbury and the QEII Trust are working together with the landowner to support the retirement, fencing and permanent protection of this significant area.

Due to the high overall project costs ($590,000), an application has also been made to the Jobs for Nature fund. 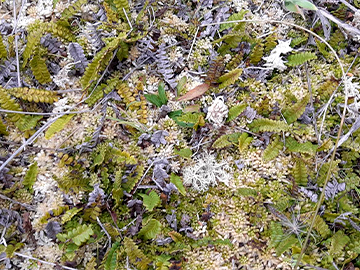 “The four areas we have identified include a low-nutrient sphagnum bog, several nationally and locally rare plants and a high-fertility sedge wetland,” Ploeg said.

Waimakariri Water Zone Committee Chair Michael Blackwell said he was very pleased that the committee had decided to support allocation of funding to this important project.

“It received a high ecological score and thoroughly deserves the multi-agency support it is receiving,” Blackwell said.

“This is the sort of project the zone committee is always looking for – protecting populations of native fish, birds and invertebrates as well as vegetation.

“With lengthy fencing to exclude deer, destocking and a permanent QEII covenant, this area will become a real asset to the district for years to come.”

Top image: One of the beech forest areas at Mt Lawry Station that will be protected.

The Waimakariri Water Zone Committee has helped protect four important wetland projects in the zone, thanks to Immediate Steps biodiversity…

Protecting swamp wetlands in Waimakariri is a top priority for the local Water Zone Committee, with $25,000 of works given…