Canterbury is one of the fastest-growing areas in the country, with several of our districts leading population growth in New Zealand. Selwyn District is the second-fastest-growing territorial authority in New Zealand with 6.3 percent growth between 2006 and 2018. Waimakariri District (3.5 percent) and Mackenzie District (3.2 percent) also experienced an average annual population increase greater than the national or regional averages between 2013 and 2018 censuses.

Statistics New Zealand's population projections for the region show that Canterbury’s population is expected to grow by around a quarter (or 160,000 people) by 2050. Much of this increase is expected in Greater Christchurch, particularly in the Waimakariri and Selwyn districts.

Increasing demands on our transport network 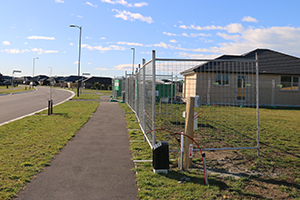 In areas where population growth is resulting in demand for new greenfield subdivisions, we’re moving further away from our urban centres. The use of cars becomes more frequent, with less opportunity for people to walk or bike to services and activities. 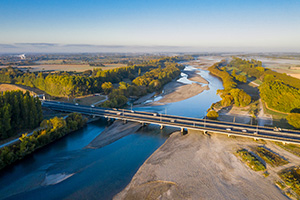 Without planning and investment, more people and goods being moved across the region could result in increased congestion, greater emissions, reduced safety and longer journey times.

Population increase is often also accompanied by a rise in visitors. Canterbury benefits from large numbers of international and domestic tourists, and with it, increased demands on our transport network.

Environment Canterbury is responding to population growth by investing in a sustainable transport network that is integrated with land use.