The South Island is a large area with a dispersed population and challenging terrain. This creates a number of transport challenges. 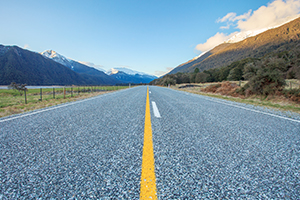 The South Island transport network is vast and includes around 5,000 kilometres of state highways and over 35,000km of local roads as well as over 1,500km of rail lines (consisting of two main lines, two secondary lines and several branch lines).

The South Island is linked to the North Island via coastal shipping and road/rail ferries between Picton and Wellington, and to international markets through direct vessel calls to Australia, Asia, North America and Europe.

There are a number of challenges currently facing the South Island's transport network. 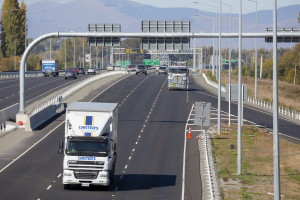 South Island freight volumes are projected to increase significantly, with an extra 47.7 tonnes of freight expected to be transported on our roads in 2042 compared with 2012. This equates to an additional 1.7 million truck trips per annum.

The South Island has a high risk of natural hazards (including earthquakes, floods and landslides) which can result in significant route closures and disruption to freight services on our road and rail networks, meaning essential freight (such as food) cannot get through.

Most freight (by weight) travelling within the South Island moves within regions, rather than across them, with half of this in Canterbury.

There is a significant reliance on road freight services, suggesting there may be an opportunity to move some road freight to rail.

More on freight challenges and priorities at a regional level. The population of the South Island is expected to grow rapidly over the coming years. As a result, investment in the South Island's transport network will be needed to ensure it continues to meet demand.

Growth in tourism and an increase in both domestic and international self-driving tourists (pre-pandemic) creates additional network activity.

The South Island has a number of low-volume but high-value routes, such as Haast to Makarora Road (SH6), which has the same value to tourism as the Auckland Harbour Bridge, despite carrying less than one percent of the traffic volumes of the Bridge.

More on population growth in Canterbury and its effect on transport. 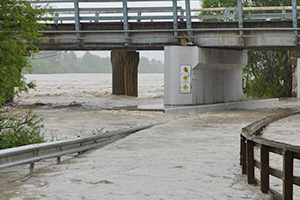 These top risk areas are located in Canterbury, top of the South, West Coast and Otago.

The South Island also includes the top four regions by criticality (the number of risks with a major or critical risk rating).

The South Island Regional Transport Committee Chairs Group was first established in 2016 with the purpose of significantly improving transport outcomes in the South Island through greater collaboration and integration.

The Chairs of all South Island Regional Transport Committees are members of the Group, and Environment Canterbury is currently the Secretariat. The Group is governed by a shared collaboration charter.

Key priorities of the Group

The Group has identified the following areas as key priorities:

In setting these priorities, the group seeks to ensure that the needs and aspirations of our South Island communities are recognised and understood by the government.

To support these priorities, the Group has commissioned research to support a better understanding of the current state of the South Island transport network. 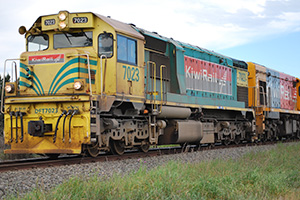 The Group also hosted a South Island Freight Summit in March 2022 to develop a shared understanding of South Island freight Issues and opportunities.

A key outcome, has been engagement with the Ministry of Transport on the development of a National Freight and Supply Chain Strategy. Leaders from across the South Island are striving to make freight movement greener, and more efficient.