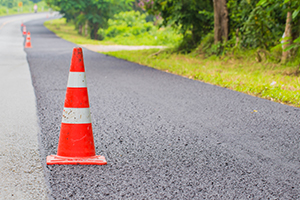 Canterbury has the largest road network of any region in New Zealand by far, and maintaining this network is important for the safety of all road users.

While the vast length of our roadways means that keeping them up to standard costs a lot, the economic benefits they provide linking primary industries to our ports is critical for the Canterbury region.

Maintenance of the existing transport network, and additional investment in response to changes in how roads are being used, is critical to sustaining the region's prosperity.

Roads in our region

Maintenance on state highways is carried out by Waka Kotahi, while other roads are looked after by district authorities and their roading contractors.

District authorities and Waka Kotahi carry out maintenance across the region to keep our roads safe, including:

Why maintenance is important

Land use, working and commuting patterns, and tourism numbers are predicted to change over the next 10 years. These changes in land use, population, freight movement, and tourism will increase maintenance costs, safety issues, a lack of resilience to shocks, and a lack of sustainable transport options.

Examples of increased demand and changing use include:

The impact of these increases is evident in maintenance spending on the network, which has almost doubled over the last 10 years. These changes in network use are expected to continue in addition to freight volumes and the general population.

Maintenance also helps contribute to reaching the goal of Road to Zero by making roads safe and reducing the harm caused on them.

Maintenance of the existing transport network, and additional investment to respond to changes in how roads are being used, is therefore critical to sustaining the region's prosperity.

Approximately $200 million per year is spent annually on maintaining Canterbury's extensive road network. One of the aims of the Regional Transport Committee is to ensure a sustainable approach to funding and maintaining our existing networks.

For every dollar spent by local councils on road maintenance and renewals, central government through Waka Kotahi matches that based on a funding assistance rate. This funding comes primarily from road user charges and fuel taxes.

The shift to a low emissions transport system means that without change there will be less income from these sources so it's important that the funding system is reviewed and improved.

How does this relate to me?

Our roads provide vital economic links between towns, cities, and ports. Rates paid by residents from across Canterbury help fund maintenance to keep these roads safe, allowing us to:

Waka Kotahi sets thresholds for the smoothness of roads based on their network classification. This data shows the percentage of travel (vehicle kilometres travelled) on roads smoother than the threshold for each road grouping across Canterbury. This is a quantitative measure of the road quality/amenity experienced by road users. 'Smooth' travel exposure (STE) data is from the Waka Kotahi Road Efficiency Group.