The Ashburton zone is bordered by the jagged Southern Alps/Kā Tiritiri o te Moana and the raging waters of both the Rakaia and Rangitata rivers. The iconic Ō Tū Wharekai wetlands system and the Ashburton River/Hakatere are rich in biodiversity and provide crucial habitats for some of our most threatened wildlife. 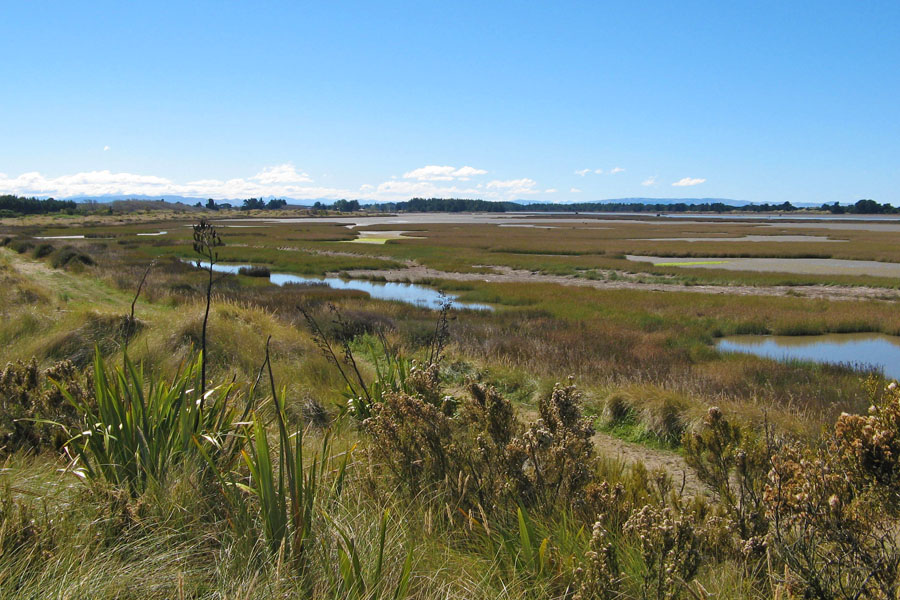 The Ō Tū Wharekai wetlands system includes the 12 Ashburton lakes, emphemeral turfs, streams, swamps and bogs. This area is currently part of the Department of Conservation's Arawai Kakariki programme which aims to enhance the ecological restoration of three of New Zealand's foremost wetland/freshwater sites, making use of strong community involvement and promoting research into wetland restoration techniques. Ō Tū Wharekai is one of the best examples of an unspoiled, intact, inter-montane wetland system remaining in New Zealand, and provides a habitat for nationally significant species.

The Ashburton River/Hakatere is an important source of water for the region, as well as providing recreation and biodiversity benefits. The Hakatere hapua (river mouth lagoon) is home to the world's only large roosting colony of spotted shags. It also has large runs of the endemic stockells smelt (sliveries), and provides a feeding ground for the wrybill. In the spring time, a large colony of black billed gulls, the world's rarest gull, nests on the braided river bed, building nests out of drift wood and stones and raising chicks.

Harris Scientific Reserve in Lovetts Rd, near Tinwald, protects one of the last stands of dryland kānuka in Canterbury. The 2.5-hectare paddock and surrounding kānuka stand was purchased by the Ashburton District Council along with an adjoining 8-hectares.

Arthur Harris, the former owner of the property, set up a QEII covenant to protect the ancient and undisturbed kānuka. Forest & Bird were granted a license to occupy the land by the council on the condition a trust was set up to manage the site. The area is now managed by the Ashburton Community Conservation Trust.

Located in the Ashburton Lakes/Hakatere area, the Mount Sunday wetland is approximately 5.5 hectares and forms part of the Upper Rangitata Site of Special Wildlife interest, which is classed as being of "outstanding value to wildlife".

Both bittern and marsh crake have been recorded in this and adjacent wetlands, as well as white-faced herons, grey duck, New Zealand shoveller/kuruwhengu and New Zealand scaup. The wetland is about one-third open water and also supports sedges, Eleocharis acuta, mingimingi, tussock sedge, bog-rush, Potamogeton cheesemanii and several patches of raupo. There are also stunning views up and down the Rangitata River, one of the best examples of an upper braided river in Canterbury. Braided rivers are important breeding areas for the endemic wrybill plover.

There is no marked track to the wetland, but you can walk cross country to the wetland for a closer look. There are many other tracks/walks near Mount Sunday, check out the DOC website for details. You can view a map of the area (PDF 291 KB).

The wetland (around 5.5) hectares was fenced in early 2013 to exclude stock to improve native vegetation cover and habitat for Australasian bittern/mataku and marsh crake/koitareke.

The wetland has high public visibility and can be used as an important educational tool, demonstrating the value of wetlands as well as the value of fencing and protecting them on private land.

This project has been supported by the station manager, Department of Conservation and through funding from Canterbury Water's Immediate Steps Fund as part of the Braided River Flagship Programme.

Access via Hakatere Potts Road past Mount Somers. Continue straight north past Hakatere where the road turns to shingle, past the Ashburton Lakes (Lake Clearwater and Camp), and over the Potts River. Mount Sunday is just past Mount Potts Station and Lodge on the left with ample parking by the side of the road. Allow 2 to 2.5 hours from Christchurch. Services are limited after Mount Somers so make sure you have adequate food and petrol.

As this is a working farm, no dogs are allowed. Do not disturb the livestock, particularly in the lambing/calving season (Sept–Nov). Leave all gates as you find them.

There is accommodation and a cafe/restaurant at Mount Potts Station (see the Mt Potts Lodge website and phone to confirm). There are also tour companies that run tours to Mount Sunday. 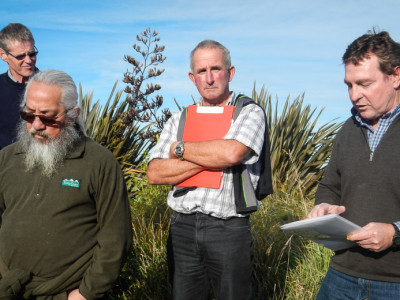