Health warnings are placed at sites where an increased risk of cyanobacteria or faecal contamination is present.

Advisory notes may be present but are not an official public health warning.

Cyanobacteria can occur in any waterway, at any time, so it is important that you know what it looks like. Watch the toxic algae video(external link) and find out more about what to look out for.

Faecal contamination poses a risk to health, check out LAWA’s swim smart checklist(external link), to know what to check before you swim.

Know what to look out for

Warnings will not be in place at all spots where animals could enter the water. It is important to know how to identify cyanobacteria mats and prevent your animals from coming into contact with them.

For more information about cyanobacteria, and river and lake warnings, call us on 0800 324 636.

When to avoid the water

For cyanobacteria, avoid water that is cloudy, discoloured, musty smelling, or has small globules, coloured scrum or thick dark brown/black mats on the bed of the river, with a slimy velvety texture. Cyanobacteria are an ancient group of organisms with characteristics in common with both bacteria and algae.

The naturally occurring cyanobacteria are widespread in many lakes and rivers in New Zealand.

Under favourable conditions, cyanobacteria cells can multiply and form suspended planktonic blooms in slow-moving water such as lakes, or thick mats attached to benthic substrates such as rocks in river beds.

Some cyanobacteria species have the ability to produce natural toxins called cyanotoxins, which are potentially harmful to people and animals. If potentially toxic cyanobacteria are abundant, you should presume that the water is unsafe for contact recreation or consumption.

Planktonic cyanobacteria blooms are not confined to lakes nor are benthic mats confined to rivers, but this is where we most often see them.

Planktonic cyanobacteria are algae that suspend in the water column of slow moving waters such as a lake. The species that cause toxic blooms are Nodularia, Anabaena, Microcystis and Picocyanobacteria.

Nodularia, Anabaena and Microcystis generally form a thick, bright green colouration to water and can produce scums on the water surface.

Picocyanobacteria, which is a major species causing potentially toxic blooms in Te Waihora/Lake Ellesmere, often do not have obvious visual traits.

Benthic cyanobacteria is attached to substrates such as gravels, cobbles and boulders on a river bed. Its appearance depends on species. Phormidium occurs naturally throughout Canterbury and in flowing water can form thick, dark brown/black cohesive mats. The species may detach from the riverbed and become caught in other debris in the river.

When Phormidium mats die and dry out, they become light brown or white in colour, but may still be toxic. Nostoc is another mat-forming benthic cyanobacteria. It forms small globular mats or gelatinous ‘bobbles’ firmly attached to hard substrates and is relatively translucent in colour.

The more brightly-coloured long filamentous green algae that are commonly found in rivers and streams are harmless as they do not produce toxins.

What causes cyanobacteria?
Blooms form when cyanobacteria start to multiply very quickly, usually due to changes in environmental conditions such as warm temperatures, sunlight, low or stable river flows, and high levels of nutrients.
How to spot cyanobacteria?

In rivers – how to spot cyanobacteria

It appears as thick dark brown or black mats that have a slimy or velvety texture and musty smell. 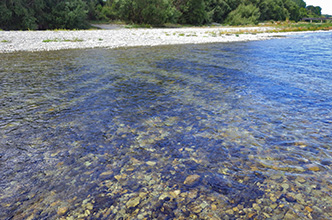 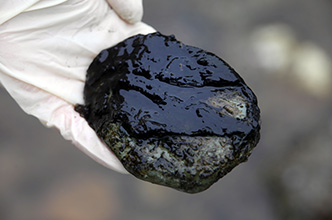 In lakes, ponds and lagoons – how to spot cyanobacteria 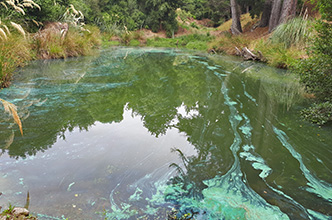 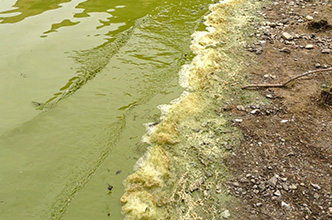 Watch this video on how to identify potentially toxic cyanobacteria.

Symptoms of cyanobacteria poisoning can occur within 30minutes, including:

For pets and livestock

Gastroenteritis, but respiratory illness and ear/skin infections may also occur.

Read more about the health risks associated with contaminated water.

Read MPI’s guidance on shellfish collection and consumption from areas where warnings have been issued.

Keeping your dog safe - What to do – if in doubt, keep them out

If you are in any doubt about the water quality, then keep your dog on a leash and away from the water.

If symptoms appear after being in contact with a waterway, contact your doctor or a veterinarian immediately.

You, your doctor, or your veterinarian can report potentially toxic cyanobacteria blooms to Environment Canterbury at any time by calling 0800 324 636 or going online to www.ecan.govt.nz/contact

Find out more on mahinga kai and health warnings.

It’s important to test for these in water used for recreational activities as they can pose a health risk.

The most common illness they cause is gastroenteritis, but respiratory illness and ear/skin infections may also occur.

Find out more about health risks associated with contaminated water. 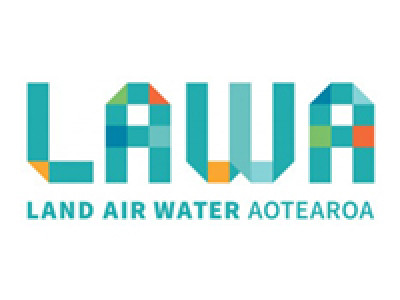 Can I swim here?

Find the best places to swim this summer for over 750 beach, river and lake sites throughout Aotearoa.