Northern Pegasus Bay is a fantastic spot for bird watchers, anglers, swimmers and people looking for a camping getaway just north of Christchurch.

Our park rangers patrol the beaches and river mouths protecting the natural environment along this stretch of coast. They are available to give advice and information to visitors. 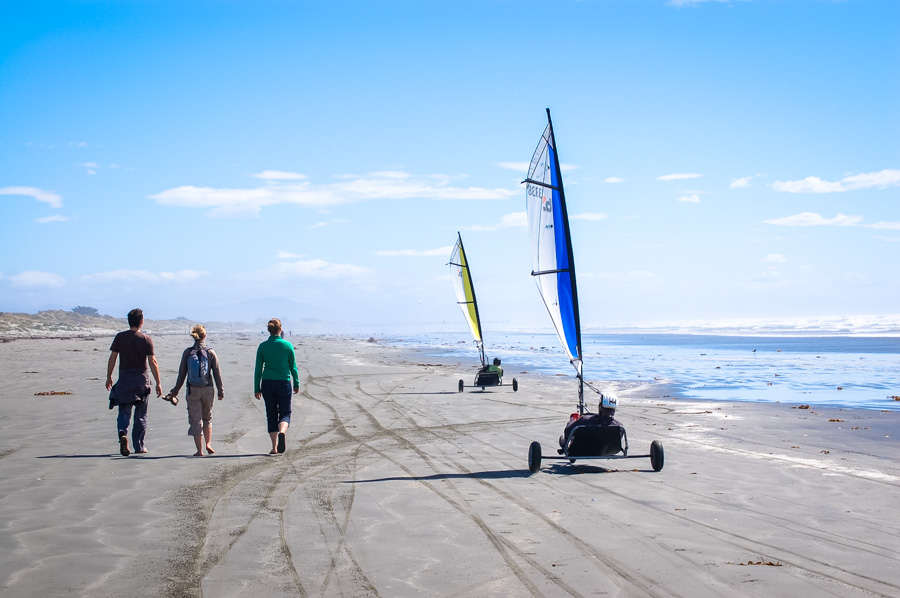 About
Northern Pegasus Bay stretches north of the Waimakariri River encompassing the beach communities of Kairaki, The Pines Beach, Woodend, Waikuku, Leithfield and Amberley Beaches as far as Amberley Rocks. It also encompasses the Ashley Estuary.
The sandy and pebbly beaches of the bay are a complex and beautiful natural environment with river mouths, estuaries and sand dunes comprising a range of important natural habitats.
Local residents and visitors enjoy the bay for its environment and a wide range of recreational activities, including fishing, swimming, bird watching, and horse-riding. Sea and river birds live along this coastline. Please protect them.
People walking dogs in the area must keep their dogs under effective control at all times. Dogs are prohibited in the Ashley Rakahuri estuary.
No barbecues are provided but visitors are welcome to bring their own, provided they are gas only and used in areas clear of vegetation. Light no fires. Dial 111 immediately if you see smoke or flames.
Facilities
Our rangers patrol the beaches but facilities are provided by the Waimakariri and Hurunui District Councils. Visitors must comply with the respective bylaws which are provided on their websites - Waimakariri and Hurunui District Council.

Camping - Freedom camping is not permitted along the beach or on the foreshore. Campgrounds are at Kairaki, Woodend, Waikuku, Leithfield and Amberley Beaches.

Activities
Fishing - Surfcasting is possible along beach fronts, whitebaiting at the river mouths, and salmon fishing (particularly at Kairaki Beach). A permit system operates in whitebait season at the Ashley River mouth. For more information, see Waimakariri District Council.
Cycling
Vehicle access - This is controlled under the bylaws at Waimakariri and Hurunui District Council. For more information, and the rules around vehicles on the beach, visit the Waimakariri District Council's website.
Horse riding - Recreational horse riding is permitted along sections of Northern Pegasus Bay below the high tide line. Horses are prohibited from the following places:
Bird watching - The Ashley Rakahuri Estuary is regarded as one of the most important sites for birds on the east coast of the South Island. Colonies of spotted shags and white-fronted terns can frequently be seen.

Other rare native bird species include banded dotterels, pied stilts, the endangered wrybill, black-billed gulls and black-fronted terns. At certain times of the year, you may even spot migrants and international travellers from Siberia including grey-tailed tattlers, whimbrels, eastern curlews, bar-tailed godwits and red knots.

Swimming and surfing - People swim and surf all along the Pegasus Bay beaches. There is a surf club at Waikuku Beach, which is patrolled during summer weekends. From mid-December to mid-January, lifeguards patrol at Waikuku, Pegasus Town and Woodend. It is not safe to swim at Kairaki Beach close to the Waimakariri River mouth.

Camping - Freedom camping is not permitted along the beach or on the foreshore. Campgrounds are at Kairaki, Woodend, Waikuku, Leithfield and Amberley Beaches.