Environment Canterbury staff and contractors are in the field assessing flood damage and responding to priority issues in the wake of last week’s rainfall event.

We are currently assessing significant flood repairs on the Selwyn/Waikirikiri, Ashburton/Hakatere, Hinds/Hekeao, Orari and Waihi Rivers. Ashburton is particularly hard hit so we will have a full time dedicated Senior River Engineer onsite for at least the next week.

Here is a breakdown of some of the priority work currently taking place:

Notice on all other works

Please note, the following works may be on hold due to the May-June 2021 flood event.

Starting Monday 31 May until the end of September.

In March we used helicopters to spray targeted weed species (specifically willows, alder, poplar, gorse, broom, and lupins) in the Ashley River/Rakahuri from the Ashley Gorge down to 1 km east of Cottles Road.  We are now following this up with physical clearance of trees.

We are clearing trees (mainly willow and brush weeds), from a 14-kilometre section of the Ashley River/Rakahuri between Ashley Gorge and approximately 1 km east of Cottles Road.

WHAT: Works will be undertaken by our contractor, Canterbury Woodchip Supplies Ltd.  The work will involve chipping trees with access to the river at public roads or some privately negotiated access points.  There will be no roads or new tracks created in the riverbed other than where machinery will crush weed vegetation as the work is carried out.

Qualified Environment Canterbury staff and contractors carry out weed control measures in the open riverbeds to help flood flows pass through, and to enhance biodiversity values. Left unchecked the vegetation is a flood risk, occupying the channel and forcing flood waters towards farmland and riverside communities. Weed growth can also contribute to the loss of aquatic and terrestrial habitats for endemic fauna including native birds.

WHEN: Starting Monday 31 May until the end of September.

When: Starting Monday 24 May until about late August.

The Waiau township has been subject to many flood events from both the Mason River and Waiau Uwha. Numerous ad-hoc stopbanks were constructed over the past century, the earliest dating between 1907 and 1922 by the Waiau Riverside Protection Board.

This project will improve the level of flood protection to Waiau township through the remediation and strengthening of two existing stopbanks on Inland Road, and through the construction of a new stopbank which will border the eastern side of the town. It is expected that these works would protect Waiau township from flooding in a 200-year ARI (Average Recurrence Interval) flood event. 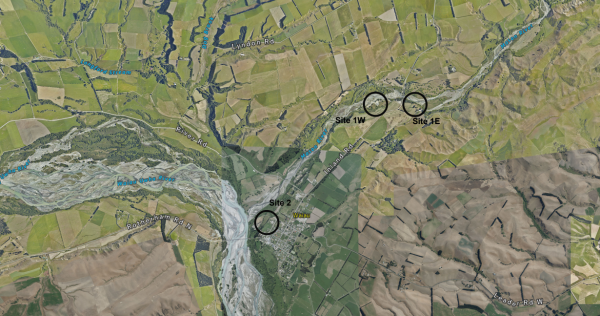 Between Monday 24 May until Friday 11 June

What: We are undertaking some routine maintenance of trees on the Ashley River/Rakahuri stopbanks – on the true left bank from SH1 to Raupo berm.

When: Starting Monday 24 May for about three weeks until Friday 11 June.

Works involve trimming some large poplar tree branches that are currently overhanging the stopbank. We need to remove these as they are hazardous to people using the recreational track on the stopbank. We will also be undertaking some track upgrades.

During this period the stopbank access track will remain open.  We will have someone on hand to manage traffic/recreational use of the area whilst works are in in progress. This may cause minor delays but will ensure that people are safe during the operation. 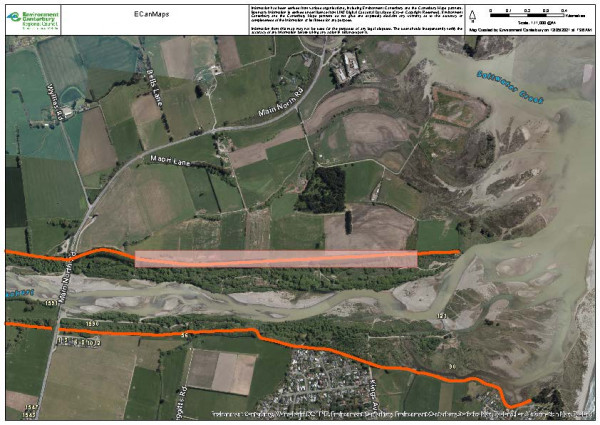 Starting mid-April until the end of August 2021

Flood flows in December 2019 across the West Coast and Canterbury caused significant flooding of the Rangitata River.

This programme of physical works will commence mid-April and is required to address the immediate flood risk to the Rangitata community from damage following the 2019/2020 flooding.

At a construction cost of about $1.3 million, the works are 64 per cent funded by the central government’s Climate Resilience Programme of Flood Risk Management Projects (initiated as part of the Covid-19 recovery response) which is administered by the Provincial Development Unit (PDU) of the Ministry of Business, Innovation and Employment (MBIE) in a co-funding arrangement. The remaining 36 per cent of the cost will be co-funded by the Rangitata River Rating District (Environment Canterbury), Waka Kotahi NZTA, Rangitata South Irrigation Limited, Kiwirail, Timaru District Council, Ashburton District Council and Transpower.

Find out more about the work currently done in the Rangitata River/Awa.

Between May and October 2021

Works to reduce flood risk to the Kaiapoi township are planned from December 2020 to July 2021. Some restrictions to the area will be necessary to complete the work:

These upgrades will be carried out by Environment Canterbury, with funding support from the Ministry of Business Innovation and Employment’s Provincial Development Unit (PDU).