The dramatic Banks Peninsula volcanic landscape is a stark contrast from the surrounding Canterbury plains. The topography, geology and climate in such a uniquely formed landscape is reflected in the zone's unique biodiversity values. 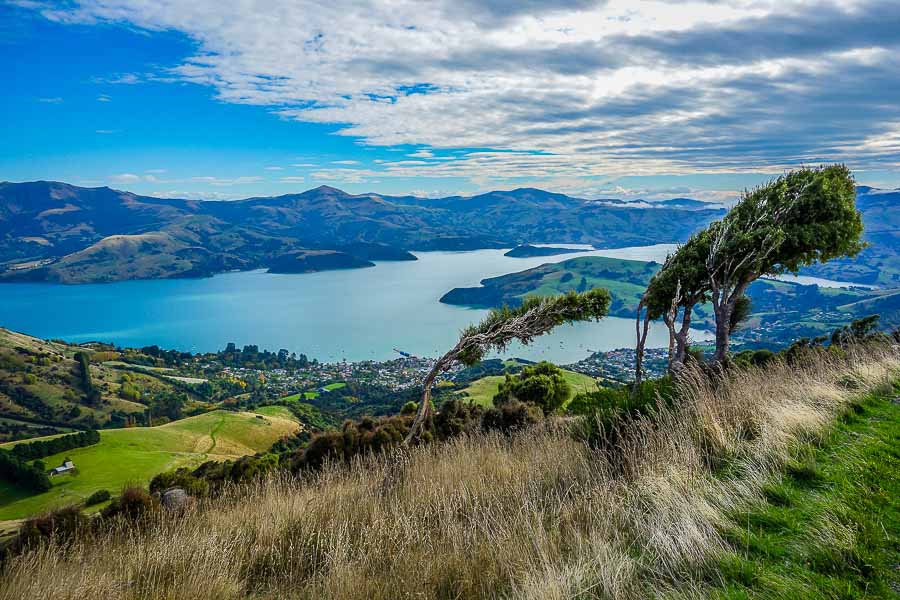 Only about one per cent of original forest area on Banks Peninsula remains, with these remnants being central to the conservation of the biological diversity. The forest and stream invertebrate fauna on Banks Peninsula is diverse and unique and of considerable scientific interest. A dozen tree and shrub species reach their natural southern limit on Banks Peninsula. Banks Peninsula also supports unique reptile fauna such as the jewelled gecko, forest gecko and spotted skink.

Banks Peninsula streams have high native fish diversity, including two threatened species (longfinned eel and lamprey), inanga spawning sites, and two of only four known redfinned bully habitats in Canterbury. Several streams have important biodiversity values for the entire catchment, and provide rare ‘source to sea’ habitats for the flora and fauna that live and breed in their waters.

Volcanic rock outcrops are a very important habitat in Banks Peninsula as they provide less disturbed vegetation amidst the pockets of remnant forest vegetation. The outcrops contribute significantly to regional plant diversity. Although they comprise less than 5 % of the total area, they contain more than 33 % of the region’s plant species.

Lake Forsyth contains important habitat, fish, bird, plant and cultural values which are thought to be of greatest importance in nature conservation. Different sections of the catchment have significance for the species that they support, ranging from an important Maori eel fishery, over-wintering habitat for several species of birds and the only known location of several plant species. The lake also provides an important food source for a variety of fauna at different stages of their lifecycles.

Banks Peninsula’s rocky coastline provides an important habitat for sea birds and marine mammals, such as the endangered Hector's dolphin and white flippered penguin. The coastline is diverse, with wild ocean beaches on the Southern aspect, two significant harbours and sheltered bays on the north eastern fringes. The peninsula's coastlines are also a major source of mahinga kai for tangata whenua.

Orton Bradley Park is a private farm park covering 650 hectares of land. It contains a range of different habitats from park-like grounds and exotic tree groves to native regenerating vegetation and grazed farmland.

There are also picnic and BBQ and camping areas available. 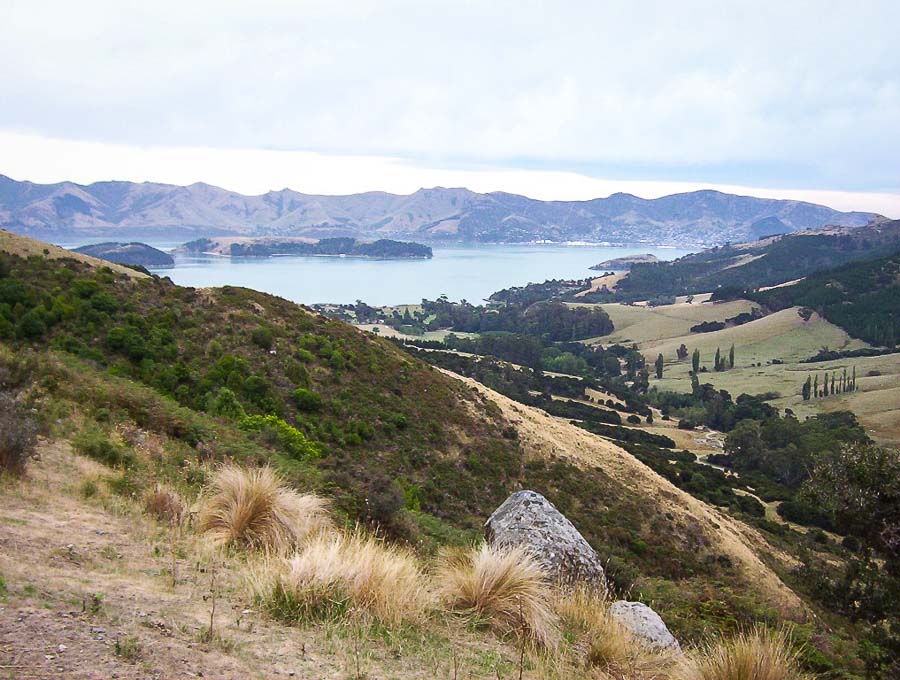 A variety of activities are on offer within the park, including walking tracks through protected and regenerating native bush, streams and waterfalls, picnic and barbecue areas, heritage buildings and agricultural relics.

Orton Bradley Park is a private farm park run by a body corporate and open to the public for a small entrance fee. It covers 650 hectares of land with a range of different habitats from park-like grounds and exotic tree groves to native regenerating vegetation and grazed farmland. Protection of the water quality and in-stream values of Te Wharau Stream which runs the entire length of the park is a priority because it is one of the few permanently flowing streams into Lyttelton Harbour/Whakaraupō. This flow provides a connection for our native fish species which live for part of their life at sea and then return to their freshwater ‘homes’ to breed.

Caddisfly (Trichoptera) diversity in the stream is very high and 26 species have been collected from a total known of 230 in NZ. Two species are only found on Banks Peninsula (Costachorema peninsulae and Hydrobiosis styx) and two rare species (Tiphobiosis childi and Paraoxythira species) are present. These species are very sensitive to pollution, so it is important that the water quality is high.

Orton Bradley Park has a long and well recorded history. The QEⅡ Trust has supported the board to covenant over 80 hectares of regenerating bush. Volunteer groups are also actively involved in the park and do all of the tree planting and help with general maintenance of the park.

The Banks Peninsula Canterbury Water Management Strategy Zone Committee has contributed Immediate Steps funding to support the installation of the culverts, associated fencing and native trees to add to the restoration and protection work already undertaken on the Te Wharau Stream by the board.

From Christchurch take the best route to Charteris Bay, on the southern side of Lyttelton Harbour/Whakaraupō (either over Dyers Pass Road, Gebbies Pass or through the Lyttelton tunnel). Once you drop down into Charteris Bay continue past the golf course to the next turnoff on the right. A red sign clearly marks Orton Bradley Park.

Orton Bradley Park is a private farm park run by a body corporate for the enjoyment of all people. They are a registered charitable trust that relies on donations and entry fees to maintain and develop the park.

Quail Island is a small, uninhabited island in Lyttelton Harbour/Whakaraupō and is a mixture of remnant vegetation, replanted native trees and exotic grassland. There are three walking tracks on the island that range from 10 minutes to 1.5 hours. Swimming and picnicking are also popular. Interpretative panels around the island provide information about the island and test your knowledge. See the DOC website for more information.

Quail Island/Ōtamahua has a long and well recorded history, it has been used as a quarantine station for both animals and people. Remnants and replicas can be seen around the island.

Since 1997 Quail Island Ecological Restoration Trust has been working to restore the native ecology of the island. Volunteers now spend more than 5,600 hours annually, planting, weeding and trapping which is gradually restoring the island.

Quail Island/ Ōtamahua can only be accessed by boat. The ferry leaves from B jetty in Lyttelton and a bus service runs from Christchurch City.

We undertake regular monitoring, reporting and work to maintain biodiversity in Banks Peninsula. 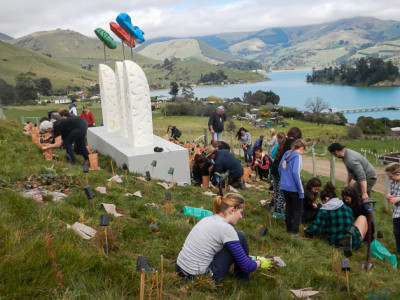