Ōtūwharekai (Ashburton Lakes) is a significant and important part of our region, but threats to water quality mean we need to take action now. Sign up to the Ōtūwharekai Working Group mailing list to receive updates on this project

This webpage provides information and progress on the activities underway to address these concerns and is updated regularly.

Why are the lakes so special?
What is the problem?
Why is lake water quality degrading?
The Ōtūwharekai Working Group
Ashburton Water Zone Committee action plan
Work in progress
More information

Why are the lakes so special?

The Ōtūwharekai Lakes are one of the few remaining areas of native biodiversity in mid-Canterbury. The diverse range of wetland habitats mean this site is a nationally important and is home to more than 30 bird species, as well as many threatened plants and aquatic species.These include the wrybill and crested grebe birds, the upland long jaw galaxiids and tadpole shrimp, and plants like the endangered marsh arrowrush (Triglochin palustris) and pygmy forget-me-not (Myosotis pygmaea). The Department of Conservation has detailed information about Ōtūwharekai biodiversity, plants and animals.

The wider Ōtūwharekai area is of immense cultural significance to Ngāi Tahu Whānui – not only within their oral history but also being both an important seasonal mahinga kai area and a major travelling route between the settlements on the eastern coast of Te Waipounamu (the South Island) and those on Te Tai Poutini (the West Coast). Its restoration is of huge importance to rūnanga.

To the many people who visit the area and stay in campgrounds or baches around the lakes, they are a beautiful recreational site.

What is the problem?

In recent years, we've seen a decline in water quality in several of the lakes, with higher TLI (Trophic Level Index) levels putting some lakes in danger of "flipping" – that is, reaching a state of degradation from which it is very difficult to improve. 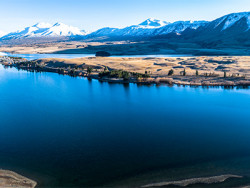 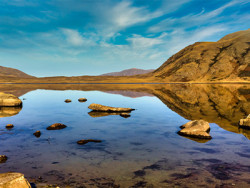 Why is lake water quality degrading?

The potential contributors to water quality decline include land use in the catchment (including fertiliser use and grazing); seepage from long drops and leaky wastewater tanks; pollution from recreational use; and warming associated with climate change.

A diverse group of interested parties is working to identify how we can better manage these factors to protect the Ōtūwharekai Lakes.

The Ōtūwharekai Working Group was established in 2019 to instigate collaborative and urgent action to halt and reverse the degradation of Ōtūwharekai ecology and values.

A key concern for the group is the decline in water quality in several of the lakes, which has put some lakes in danger of "flipping" – reaching a state of degradation from which it is very difficult to improve. These changes are causing a loss of cultural values, including mahinga kai resource gathering, loss of healthy habitat for plants, birds and fish, and impacts on recreational and landscape values.

Ōtūwharekai (Ashburton Lakes) is a key focus for the zone committee's three-year action plan (July 2021–June 2024). It supports the recovery project by keeping abreast of the project implementation and assisting with recommendations where appropriate, which may include community engagement and education.

Ōtūwharekai Working Group members are progressing several programmes of work to address lake water quality under urgency. The next update will be presented to the Ashburton Water Zone Committee in November 2022.

Hundreds of water samples taken from the Ōtūwharekai Ashburton Lakes and streams over the past year confirm that water quality remains a concern and reinforce that ongoing action is required.

The water monitoring results were presented to the Ashburton Water Zone Committee by Environment Canterbury and the Department of Conservation (DOC), who are part of the Ōtūwharekai Working Group to restore lake health and cultural values.

Here’s a summary of the results for the lakes in the area:

Additional science investigations
In addition to the long-term lake and stream monitoring, other science investigations have also been taking place since 2019. These include continuous in-lake monitoring stations to better understand lake dynamics, continuous nitrate monitoring in Gentleman Smith Stream, and a groundwater study using piezometers in the Lake Camp/Clearwater settlement area.

DOC commissioned NIWA to assess the state of kākahi (freshwater mussels) populations in eight of the Ōtuwharekai lakes in summer 2021 (you can read the full report). Kākahi were found in all eight lakes, with their populations remaining similar for most lakes compared with the last survey (in 2012). However, there was a concerning decrease in the number of kākahi found in Lake Emily and Māori Lake West. Also, the shells of kākahi from Te-Puna-a-Taka/Lake Clearwater were in poor condition. Like the 2012 survey, there was a concerning absence of smaller kākahi in the lakes, which likely indicates that recruitment has been impacted for many years.

DOC also commissioned NIWA to undertake stream health surveys (focused on aquatic invertebrate and habitat) on multiple streams throughout the basin this past summer.

The fieldwork is complete, and the data is currently being written up with DOC hoping the surveys will help determine the current state of stream health across the basin, and also see if any changes have occurred since the previous surveys from 2008 to 2012.

A mātauranga Māori cultural health assessment, led by rūnanga, was also carried out over late summer and the results are being reviewed. This mahi enables the gathering of information from iwi, including cultural heritage and mahinga kai resource gathering, to report on the health and mauri of the freshwater environment and identify areas of focus.

All the information collected will be used to increase knowledge and understanding of the lakes, streams and wider catchment, to better inform ongoing actions to reduce nutrients.
Action already underway
The Ōtūwharekai Working Group provided an update on work to the Ashburton Zone Committee in July and Environment Canterbury’s Council received this update on the collective actions and workstreams to improve outcomes for the lakes, including the voluntary nutrient reductions already made by landowners (see Update 1 below).

Members of the group are now working on the next steps needed to significantly reduce nutrient loads, including developing a lake-by-lake land use risk analysis, which will include the required nutrient reductions to improve lake water quality. The outcome will be an agreed set of mitigation actions for farms and lakes, which will build on voluntary actions taken to date to accelerate positive environmental change in this catchment. In addition, rūnanga partners are leading work to understand the changing environment through a mātauranga lens.
Update 1 – Ashburton Water Zone Committee 26 July 2022
Lake Monitoring

The Department of Conservation’s stream water quality monitoring sites are illustrated in Appendix 1 (PDF file, 1.81MB). The lake catchment boundaries are delineated in blue and are associated with Lake Heron, Māori Lakes, and Lake Clearwater. Sites shown as red points have been sampled since 2012, while sites in green have been sampled since December 2019. In addition,

In late February, a series of shallow monitoring bores were installed between Lake Camp/Ōtautari and Lake Clearwater/Te Puna-a-Taka to monitor ground water levels and determine rates of water movement between these water bodies. In addition, monthly water quality sampling is being undertaken of the groundwater.

This monitoring will inform understanding of the effects of the settlement on groundwater quality being received into Lake Clearwater / Te Puna a Taka and the effectiveness of ADC’s programme to decommission long drop toilets.

Environment Canterbury and landholders are working together to identify high nutrient loss areas and the mitigation options to reduce nutrient loss.

All four farms are working together on a holistic approach for the whole catchment.

Arowhenua rūnanga have been leading the work on the cultural health monitoring in the catchment.

Arowhenua have applied to Ministry for the Environment for funding to support ongoing Mātauranga Māori monitoring in the catchment.

The Crown Pastoral Land Reform Bill has now been passed and has received royal ascent. LINZ is currently working through the implementation of the Bill and what this will look like in terms of LINZ administration. Tenure review has formally ended for all those without a substantive proposal put to them.

More information, including how to make a submission, is available on the LINZ website.

The proposed regulations include prescribing the information required for consent applications, matters the Commissioner of Crown Lands (Commissioner) must consider in deciding the level of adverse effects of a pastoral activity on inherent values, and infringements.

LINZ is holding a series of sessions over the coming weeks for leaseholders and the public to attend to ask any questions they may have. This will be promoted shortly and details will be available on the LINZ website.

This public consultation was undertaken earlier this year to inform the creation of a future strategy for the hut settlement and recreation around Lake Clearwater and Lake Camp. Feedback from more than 150 people who shared their views on the future of the area was received.

The plan will go to the Ashburton District Council meeting on 27 July 2022 and the working group members will be involved in implementation as appropriate going forward.

More detail around this programme of work is provided in Appendix 2 (PDF file, 1.81MB).

Canada geese were monitored by CSI Fish & Game annually in June/July between 1986 and 2010. Counts were undertaken using the same method as for paradise shelduck and black swan.

In 2011 Canada geese were removed from the schedule 3 (game) and placed on schedule 5 (unprotected wildlife) and as a result annual surveys for the species ceased.

Collective approach to managing inappropriate 4WD use in area

ADC, ECan and DOC are all agencies that all have some regulatory role on the impact and effects of the inappropriate use of Four-Wheel Drive vehicles (4WD), either in the environment or on their respective land.

Inappropriate 4WD use also impacts farmers in the area and it clashes with the values that other groups or individuals have in utilising this environment.

We recognise that this issue is not unique to Ōtūwharekai and that there are some very real challenges to implementing compliance actions. We will continue to work together and communicate non-acceptance of inappropriate use of these vehicles.

The Department of Conservations has an ongoing programme of work relating to the control and plant pest species on its land. This also includes the control of willow species.

In 2021 ADC began a programme of work to decommission all long drops in the Clearwater settlement area. This has now been completed.

Communications staff from across the crown agencies and Ngāi Tahu meet online monthly. A key focus has been creating website information and updating each other on the progress of the work taking place to share with stakeholders.

Information on water quality and nutrients

A report on Canterbury's high-country lakes published in late 2020 (PDF File, 10.32MB) found high concentrations of nitrogen and algae in many of the lakes. Between 2015 and 2019, all but one failed to reach the TLI objectives set in the Canterbury Land and Water Regional Plan (LWRP).

A 2021 report by the Cawthron Institute (PDF File, 2.27MB) estimated the nitrogen and phosphorous load reductions the lakes would need in order to meet LWRP nutrient limits.

From our Chair: The delicate state of the Ashburton Lakes 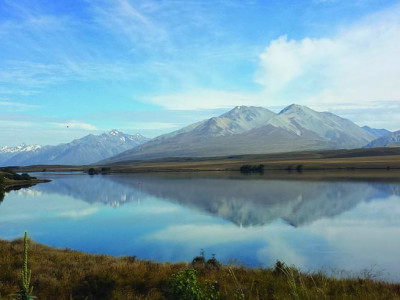 Science supports the need for actions for Ōtuwharekai Ashburton Lakes