Along the south side of the Waimakariri River, Templars Island is a peaceful escape from city life with more than 40 native plant species to be found beneath the exotic river control plantings. 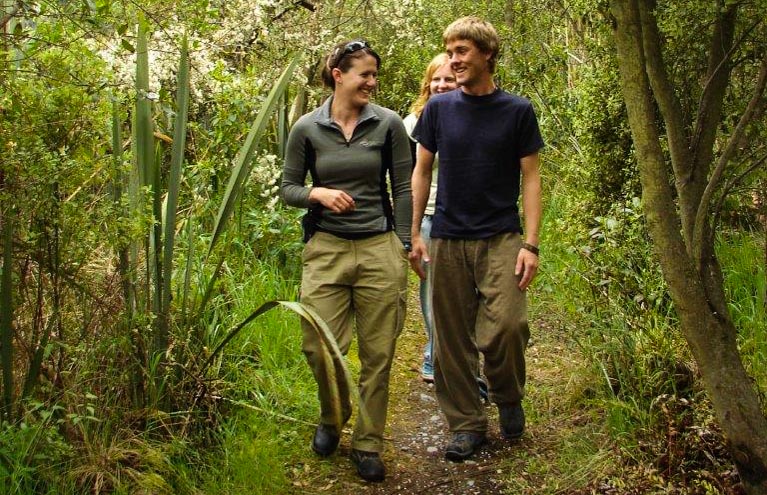 About
Just north of the city, the 11km section of the Waimakariri River Regional Park known as Templars Island runs from Ōtūkaikino Stream to the Harewood Crossbank at McLeans Island. Templars Island connects to the McLeans Forest trail network. Templars Island includes The Sanctuary, which is the last remaining sizeable freshwater wetland in the lower Waimakariri River. More than 40 native plant species have been observed in the wetland.
It has extensive areas of regenerating native vegetation beneath the exotic river control plantings. Templars Island is home to many waterfowl and braided river bird species.
This park area can be accessed from Coutts Island Road. Whites Crossing picnic area, Lorimas Road and Rock Spur car parks all have vehicle access from Coutts Island Road.
Off-road driving and trail biking are not permitted.
Dogs must be kept under effective control at all times. No barbecues are provided but visitors are welcome to bring their own, provided they are gas-only and used in areas clear of vegetation. Light no fires. Dial 111 immediately if you see smoke or flames.
Facilities

Public toilet - At the Whites Crossing picnic ground in Te Rauakaaka. Accessible via a bridge across the Ōtūkaikino Stream.

Activities
Shared use mountain biking/walking - Templars Trail links to McLeans Forest and Brooklands and is also a section of the 360 trail around Christchurch.
Picnic Areas - Whites Crossing: The focus for recreation at Whites Crossing is on swimming and picnicking. A picnic ground is at the mouth of the Ōtūkaikino stream providing the gateway to a variety of walks.

Bailes Island: With a variety of picnic areas, biodiversity plantings, and nature walks, Bailes Island is an ideal spot to enjoy a day out by the river.
Fishing -  Anglers must have a current fishing license from Fish and Game New Zealand. In the river, you will find sea-run salmon and trout. Monopoli’s Pond is good for coarse fishing. Whitebaiting can be done along Anglers Causeway and downstream to the confluence of the Kaiapoi River. Fishers wanting night access can contact us for a key.
Nature walking - The Sanctuary, near the end of Coutts Island Road is the last remaining sizeable freshwater swamp in the lower Waimakariri River. More than 40 native plant species have been recorded in this spring-fed swamp. It is also an ideal habitat for the secretive bittern, marshcrake and spotted crake. Long term restoration of the swamp began in 2008. The Sanctuary can be best viewed from the Templars Trail.
History
The Templars Island section of the Waimakariri River Regional Park is made up of what was originally Kaiapoi Island, Coutts Island and Templars Island.

Prior to European settlement, the Waimakariri River was an unconstrained braided river that had split into two main channels in the lower reaches forming a number of islands about five miles from the coast.

Donald Coutts, an early Kaiapoi Island settler, set up one of Canterbury’s earliest flour mills at the south end of Kaiapoi Island. Coutts dug a race to bring water from the north branch into the small stream. It was a dangerous plan and the race was widened in 1868 by a great flood, creating Coutts Island.

Coutts Island had its own post office and a public school. The 1872 school building has been preserved at Ferrymead Historic Park. Upstream of Coutts Island was Templars Island, named after Edward Merson Templer, an Englishman who immigrated here via Australia with his older brother John Arthur Templer. They sold their Australian properties and arrived in Canterbury with sheep in 1851.

Destinations within Templars Island include ‘Pearce’s Spring’ which is named after the Pearce family who farmed at Coutts Island for a number of generations. Whites Crossing Picnic Ground is located near where the old Whites Bridge crossed the South Branch and Bailes Island Picnic Ground is named after a small island located adjacent to Templars Island.

Please note this management plan is under review and may not reflect current guidelines and regulations. If you have questions, please contact the Duty Ranger on 03 353 9007 or by email duty.ranger@ecan.govt.nz.