Bailey Lissington has been appointed as a youth representative to the committee. 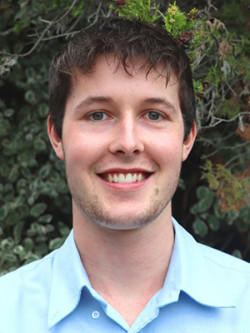 A bit about Bailey

The 20-year-old is currently in his second year of computer engineering at the University of Canterbury. He also works part-time as an engineering student at his local port, PrimePort Timaru.

Bailey studied at Timaru Boys’ High School, finishing up in 2019. It was there that he placed second in the Bright Sparks competition for designing and producing a prototype of a moisture-monitoring sensor that could be used on farms to gauge soil moisture, temperature pH levels, air pressure and ultraviolet levels. The creation is designed to be attached to a fence post and from there it automatically uploads data to the internet which can be reviewed anytime.

He was also awarded Environment Canterbury’s Wrybill Trophy for his work on the sensor.

Bailey said he was inspired to create the product following the Ministry of Environment’s report on the future for New Zealand’s rivers and streams.

Why he wanted to join OTOP

Bailey first heard about the OTOP Water Zone Committee through being a South Canterbury Youth Rōpū representative. The Youth Rōpū is made up of 16 members, aged between 14 and 24, who are passionate about the environment, civics and empowering young people. With the support of the Youth Engagement and Education team, it gives young people in the region an opportunity to promote issues they care about.

“I really enjoyed my time in Youth Rōpū and was proud to represent the area,” Bailey said.

“Others from Youth Rōpū started going along to water zone committee meetings and so that led me to go along to the OTOP Water Zone Committee’s meetings,” he added.

Bailey said he was very happy to be made a youth representative of the committee.

“I am humbled by the appointment and am excited to make a difference and have my voice heard,” he said.

Bailey said he’s looking forward to learning more about how different regulations and policies are structured.

“I’m hoping this understanding will allow me at a later date to potentially work in a statutory management role involving nitrates and phosphorus,” he said.

“I’m passionate about the health of our waterways, so I want a role that could contribute to the bigger picture of keeping our waterways safe and clean,” he added.

Committee chair Lucy Millar said she is thrilled to have Bailey on board.

“It’s so valuable having someone like Bailey, from the generation of tomorrow, who can talk about what is important to his peers,” she said.

“His input is important, we look forward to working alongside him, and supporting him in his role” she added.

Learn more about the committee

The committee's role is to work with the community to develop actions and tactics to deliver on the Canterbury Water Management Strategy (CWMS).

The committee meets regularly, and members of the public are welcome to attend. For further information, see when and where the next meeting is.

The Youth Rōpū is a voluntary group for people aged 14-24 who have an interest in the environment, developing their…

Read about the new faces joining two of the Southern water zone committees.