This plan is produced every three years and historically, its role is to set out the funding and policies for the coming term. This year, however, the plan goes much further. Along with our colleagues from Christchurch City Council, Selwyn and Waimakariri District Councils and the NZ Transport Agency, we have proposed a step change in how public transport is delivered.

We know that transport here in Christchurch can be done better. We’re working with a system that operated reasonably well before the earthquakes, but which has had challenges since for many reasons, including central city employment still only being at 60% of pre-earthquake levels . It’s a system that needs to move and grow with our new, revitalised city, while preparing for a future which will be very different to that we know today.

In developing this Plan, our Joint Committee has considered the predicted population growth Greater Christchurch will face. Over the next 30 years, that’s potentially another 150,000 people on our roads. If we are to retain our independence and quality of life, and if our region is to remain productive, traffic volumes simply cannot grow at the same rate.

This Plan proposes, over the next ten years, a significant increase in frequency of buses – to every ten minutes - on more core routes, and improved services to support this, with improvements such as roading infrastructure for faster journeys, better payment options, transitioning to zero emission vehicles, and easier journey planning.

We’re fully aware that encouraging more people to use public transport is reliant on plenty of factors – things like urban growth, fuel pricing and availability of parking all play important roles. However, we must start somewhere, and we believe that by providing a service that is efficient, frequent, and easy to use, public transport will become a more attractive choice for getting around our city.

In the short term, if we are able to create a network where we have more buses, more often, the result will be that 47% more people can get from the central city to their home within 30 minutes.

These transport planning decisions will have a real impact on the health and social fabric of our community. The more people using public transport, the more benefits we all experience. If Christchurch had similar levels of cycling, walking and public transport to Wellington City’s 35%, we would experience a 32% reduction in carbon emissions – a reduction of more than 36,000 tonnes of carbon dioxide a year .

While the measurable benefits are the reduction in the negative impact on our air quality from vehicle emissions, they also include the well-known but harder to measure benefits such as increased social equity and improvements in accessibility for those who lack access to a car.

Public transport is vital for promoting community cohesion and reducing social isolation, and it adds to our community’s freedom and independence – for those who don’t use public transport just as much as those who do. Every full bus equates to 39 cars not on the road – just think what that could do for your morning commute.

As our population grows, and demand on our bus routes continues to increase, the next step will be a move towards rapid transit on our key corridors, north towards Rangiora and southwest towards Rolleston. This is some years off yet, but for now, we need to focus on protecting these corridors so they are available in the future.

Of course, creating a future focused public transport system comes at a cost.

We have estimated the required additional investment over 10 years at around $370 million in both service and infrastructure improvements – i.e. around $37 million per year.

Public transport is currently funded through passenger fares, local ratepayers and central Government. How fast we make the transition from our current model to the higher frequency services, and beyond, will depend on the appetite of our community and of government to support it.

The Joint Committee knows that creating this change isn’t as simple as ‘build it and they will come’. Cantabrians choose to live here for the balance of work, lifestyle and opportunities, and most of us particularly love the way it is possible to spend less time travelling and more time doing the things we love. We’d like to keep it that way for everyone.

However, future focused, sustainable transport systems don’t happen by chance. They stem from forward thinking, innovative policy making, and commitment from both decision makers and the community.

Your Public Transport Joint Committee has created a vision within this Plan which is a roadmap to take our city and its surrounding towns from 2018 to 2048. This is a Plan that affects everybody now and will affect our children’s children, which is why we are commencing a month of in-depth public consultation.

This consultation asks what you think about the vision for the future of public transport in Christchurch. Have your say until 14 October at ConnectCanterbury.co.nz.

Steve Lowndes is chairman of Environment Canterbury’s council, and Dr Anna Stevenson is a Public Health Physician for the CDHB. Both are Greater Christchurch Public Transport Joint Committee members. 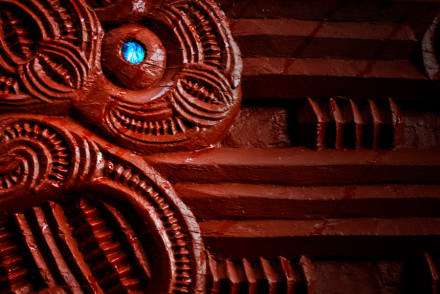 Making the “A” word more approachable

Audit. It’s a word with all sorts of connotations, and none of them especially pleasant.