Some of the driest conditions ever recorded across parts of Canterbury have eased slightly following heavy rainfall in late May and June.

Data from the start of July show a boost in soil moisture and rising groundwater levels. In May, water levels in 93% of the wells we monitor were below median levels. As of 1 July, they remain below the median in only 58% of those wells.

According to data for the three months to July, rainfall was near average for most of Canterbury - although, in some areas, most of that rain fell within a short period.

The new Canterbury water this season webpage gives a simple, clear indicator of groundwater levels, river and stream flows, rainfall and soil moisture across the region at the start of each season.

The winter 2021 outlook takes data collected from over the month of June, giving us time to view the effects of late May's heavy rainfall event.

Groundwater science manager Dr Carl Hanson says the data show that while river and stream flows, as well as shallow groundwater levels, have increased, there has not been enough rain to fully make up for the proceeding dry months.

"Our scientists and zone staff measure surface and groundwater levels at hundreds of spots all across Canterbury," Dr Hanson said.

"This webpage is a way we can take that information and give a snapshot of how much water we have going into each season, compared to long-term median values."

Building up a picture of a changing environment

Comparing data from 1 July with the same sites in late May, we can see more clearly the effects of the heavy rainfall event of May 30 - June 1.

Soil moisture levels that were extremely low across the plains are now well above the winter average.

Groundwater levels show a more mixed picture, with most wells still lower than the median for the season.

We will produce a new seasonal outlook early each season. The spring outlook will be available in mid September. 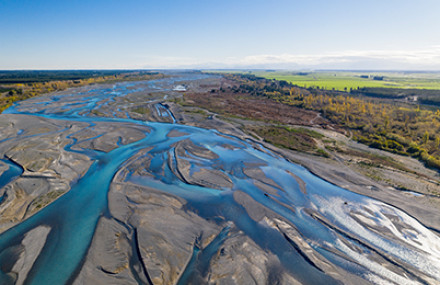 Find out more about how much water there is across our region each quarter.

Meters and monitoring show just how much impact the recent rainfall had on our rivers and groundwater.