On a global, regional and local scale, knowledge of our seabed is limited. Toitū Te Whenua Land Information New Zealand (LINZ) is responsible for mapping Aotearoa’s seabed to enable safe navigation around our coast. Areas around Banks Peninsula are being mapped as part of this.

We and Department of Conservation (DOC) are developing partnerships with rūnanga and have kick-started a three year science project to better understand the seabed in this culturally, ecologically and economically important area.

This work represents a significant investment into understanding marine ecosystems around Te Pātaka o Rākaihautū/Banks Peninsula, and the data gathered will provide a foundation to inform environmental management decisions for years to come. 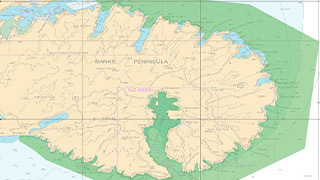 Main outcomes of the project

This year’s hydrographical mapping survey extends along the coast from Awaroa/Godley Head to Birdlings Flat, including Akaroa Harbour. The survey extends to five kilometres offshore, in water up to 70 metres deep and will result in 3D maps of the seabed being produced.

The hydrographic surveying will be followed up with scientific ground-truthing and additional seabed mapping in the coming years.

Ground-truthing involves systematic sediment collection and capturing images with underwater cameras to improve our understanding of the types of seabed, the plants and animals that live there, and some of the impacts of human activities. 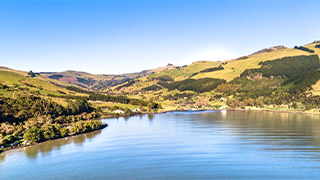 The main outcomes for this project include:

The data will also help with assessing the suitability of the current location of moorings, and the possibilities around aquaculture and other economic activities.

There will be opportunities for the community to give their input into the project next year, and easy to use, interactive 3D maps will be available at the conclusion of the project. 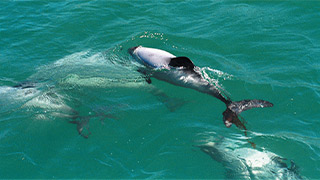 Home to some of our threatened marine species, including the endangered Hector’s dolphin.

Home to marine mammals and seabirds

Through the project we will gain a getting a better understanding of marine mammals and seabirds.

Since the survey began in October, the surveyors have also been recording their wildlife sightings, with a particular focus on Tutumairekurai/Hector’s dolphins, Pārekareka/Spotted Shag, tarāpunga/red-billed gulls and tara/white-fronted tern around the entire Peninsula and out as far as six kilometres offshore.

Details on the distribution and abundance of these species allows us to understand how we can best protect them and their habitats.

The information collected in the survey may also serve as an indicator of the health of the wider coastal ecosystem. 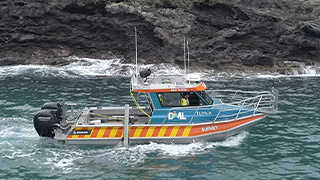 Surveys typically take place at slow speeds (<8kts) and the echosounders on board the vessels operate at frequencies that have a minimal impact on marine mammals. 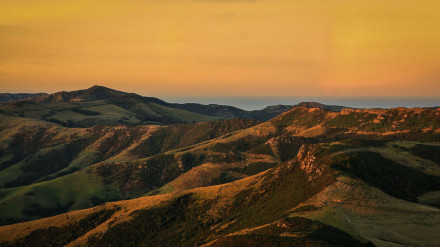