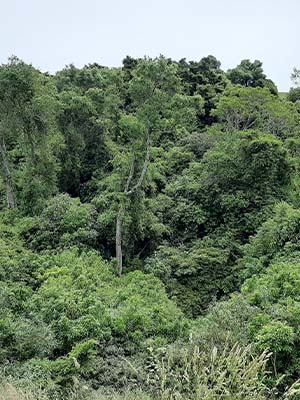 Proposed location of the covenant.

Just under 3 ha of land on a beef farm in Okains Bay will be protected by a Banks Peninsula Conservation Trust covenant.

The Thelning covenant project has been “thought about for a long time,” landowners Peter and Cynthia Thelning said.

It was one of four projects recommended for Immediate Steps (IMS) biodiversity funding by Banks Peninsula Water Zone Committee (BPWZC) and will receive around $16,000 of funding.

The funding will be used alongside more than $20,000 of Christchurch City Council’s (CCC) Biodiversity Fund, to fence and covenant a 2.8 ha forested section of Okains Bay.

The project connects to several other covenants along Okains Bay Stream.

The Thelnings have been keen to protect the stream and its values such as mahinga kai and biodiversity for a long time, and were happy to be able to work with Banks Peninsula Conservation Trust (BPCT) and Environment Canterbury staff to progress plans.

“Marie from BPCT has guided us throughout the process,” Peter said, in which he was “pleasantly surprised” at how straightforward it was.

“Stock will be kept out by the fencing constructed around the reserve, which will really preserve the flora in the area,” he said.

To allow native species to flourish, the Thelnings will also undertake pest and weed control, with some sycamore control already being completed.

“Projects like this highlight the collective effort that’s going on to improve the waterways and biodiversity values in our zone and contribute to the vision of ‘ki uta ki tai’ (mountains to the sea),’ she said.

A variety of native species including adult mataī (black pine), kahikatea (white pine) and tōtara are present in the reserve, with seedlings coming through in the undergrowth.

The trees make good homes for tūī, korimako (bellbird) and kererū (New Zealand wood pigeon) – all seen in the area by the Thelnings.

The project will help to protect a diverse range of native plant species, including the only native climbing daisy with yellow flowers - Climbing groundsel (Brachyglottis sciadophila), which is rated at risk-declining by the Department of Conservation.

The site also contains other native plant species such as titoki (New Zealand ash), porokaiwhiri (pigeonwood), ngaio, and a variety of ferns. This indicates natural regeneration of the site has begun, and good ecosystem health exists – a recipe for success when it comes to protection projects.

Kahikatea (white pine) one of many native species on the farm.

Large tōtara to be fenced separately by covenant.

The project site is a tributary that flows into a significant mahinga kai site in Okains Bay.

By protecting the stream in this upper catchment, water filtering properties will be provided by the increased vegetation, improving water quality and habitat downstream for the fish and contributing to the vision of ki uta ki tai (mountains to the sea).

If you would like to find out about IMS funding or are thinking of applying, phone 0800 324 636 or email ecinfo@ecan.govt.nz

A $38,500 Immediate Steps funding grant will go a long way in protecting a precious parcel of land in Banks…