45,000 plants and trees are set to be planted over three years in Avoca Valley on Christchurch’s Port Hills, as part of a major nature restoration project.

The aim is to re-establish a dry lowland podocarp forest at Linda Woods Reserve through planting and allowing regeneration of remnant shrubs and trees.

This forest ecosystem once existed naturally in the valley, but is now nationally rare. Many of the remnant plant species are classed as threatened, at risk, or locally notable (of special importance) and are highly representative of pre-human composition. In time, the restoration area will cover approximately 38 hectares and will happen in stages as funding permits, alongside ongoing weed control and pest trapping.

For protection, the QEII National Trust will establish covenants over key areas of the new bush and bluff ecosystems that are biodiversity hotspots for a range of threatened plants and animals such as Veronica lavaudiana (sun hebe) and Linum monogynum (rauhuia/New Zealand linen flax).

Part of the project also involves working with an adjacent landowner to create a one-hectare ecological corridor across their property, enhancing the link between Linda Woods Reserve and the neighbouring Christchurch City Council reserves – Duncan Park and Montgomery Spur. The corridor includes both riparian and lowland forest species, and extends the community-led planting undertaken 25 years ago to protect Avoca Valley Stream.

An investment in nature

Environment Canterbury will contribute $81,000 over the 2022-2024 financial years to the Avoca Valley project, which has overall projected costs of $957,000.

“Ultimately, this work will revive a rare and precious forest ecosystem over a substantial scale, creating habitat for birds, lizards and invertebrates. The restoration of the Avoca Valley Stream will also result in the return of mahinga kai species to this culturally significant area.”

The planned stream work will involve planting in the upper rural catchment to help prevent erosion and stormwater runoff. This will reduce sedimentation problems affecting water quality in the stream’s lower sections, and in turn – the Ōpawaho-Heathcote River and the Ihutai Avon-Heathcote estuary.

While privately owned and managed by the Summit Road Society, the 233-hectare Linda Woods Reserve is open to the public with a network of walking tracks being developed. It borders the popular Rapaki Track, which sees one million visitors a year.

More than 3,000 native trees have been planted in the Port Hills, as part of a Port Hills Park Trust… 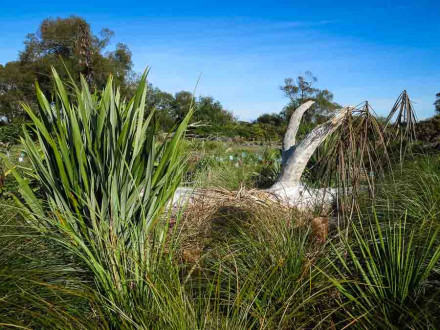 How to manage mahinga kai values on your farm.