Riverbed Alert – Waimakariri Regional Park and Alpine Rivers
COVID-19: Environment Canterbury offices under Alert Level 2
From Wednesday 8 September our Tuam Street and Timaru offices opening hours are 8am till 5pm. Systems are in place to ensure physical distancing and all visitors are required to scan the QR code and sign in and out. Please note that the majority of our staff are still working remotely, so we prefer – where possible – that you contact us on 0800 324 636 (8am-5pm) or via our contact us page. For an update on Metro services please visit the Metro website (metroinfo.co.nz). More information on our services can be found on our Covid key updates page.

Something fishy in Cold Stream

We have been working with a Hurunui landowner to identify ways to improve migratory fish access to a wetland habitat.

Surveys conducted near the Cold Stream culvert revealed a number of migratory species including redfin bully, not previously seen in the area. The findings will inform recommendations on how to alter, build upon, or shift the culvert to allow safe passage for the fish.

The project has been funded by the Environment Canterbury Regional Fish Habitat Fund and all data will be added to the National Freshwater Fish Database, which stores and displays over 34,000 freshwater fish observations across New Zealand.

Landowner Ben Ensor has owned ‘Willowgrove’ for 15 years and feels responsibility to do what is best to enhance its streams, and show farming can exist with a minimal impact on the environment.

“The waterways are amazing with their water quality and clarity so we want to do what we can to make them better.

“The stream has been our farm's water source with pipes and troughs added as we fenced areas off for protection. The next stage is looking at what we can do for everything that lives in the stream," he said.

Ensor said both longfin and shortfin tuna/eel were found in the creek, along with some other native species.

"We also see flounder in there on occasion.”

Culverts, dams, and fords present a variety of challenges to migrating fish because different species have different abilities – some swim while others climb. Any changes to fish passages need to be designed to suit the species that will use them.

"They also help us find out about freshwater habitat, how it connects to other waterways, and what may be having detrimental impacts on water quality.

“They can also reveal the whereabouts of unknown populations of endangered non-migratory fish species such as kōwaro/mudfish that might be upstream of the barriers that are protecting them from predatory trout,” he said.

Before any plans for the culvert were made, investigations were needed to see if any non-migratory species were living upstream of the Cold Stream culvert.

“It is important that we avoid impacts on resident species if we open the passage, so we need to know what’s there before proceeding,” Melville said.

With no fish species identified upstream, the project moved onto the second stage to survey the surrounding waterways for any other potential barriers.

"For such a valued stream network we want to make sure native fish have access to the habitat."

Melville said it’s always good finding out what’s living in our freshwater and can be a great indication of the health of the stream.

Shortfin tuna/eel, īnanga/whitebait and redfin bully were all observed in the second stage of the project.

Īnanga and redfin bully are significant finds in the area. Both are migratory and diadromous – meaning they live in salt and freshwater habitat.

Redfin bully has not previously been seen in the Waiau catchment, so increasing access to the wetland area upstream will have massive biodiversity benefits.

The project has been funded by the Environment Canterbury Regional Fish Habitat Fund. This Fund is coordinated by the Regional Biodiversity team, and a regional fish focus group provides guidance, advice, and recommendations. 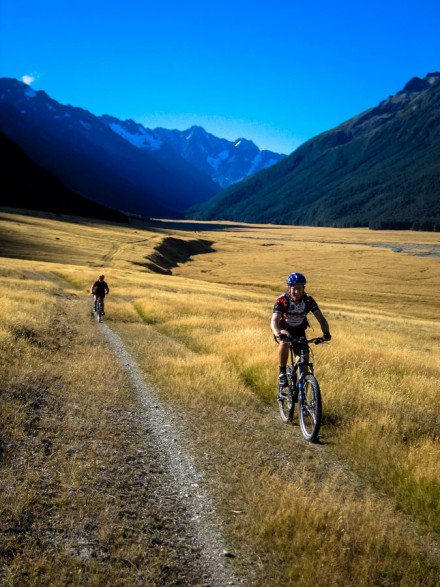 More than a decade of conservation work has resulted in a Kaikōura farmer working towards establishing a significant restored wetland.