Improving water quality on-farm easier than you may think

Kaikōura's newest breed of farmers are shaking up the way things are traditionally done on-farm, showing the way for improving water quality.

Sharemilkers Desiree and Tom Bolton are young progressive farmers with decades of experience between them, who with the knowledge gained from Desiree’s degree in environmental management, have shaken up the old-school ways things are normally done on-farm.

How it all works

Environment Canterbury Kaikōura has a funding pool from the Kaikōura Zone Committee for on the ground actions to improve water quality, with overland flow paths named as a high-priority ‘critical source’ of nutrient loss into freshwater.

Desiree and Tom are well-aware of the overland flow paths formed by the rolling terrain of their farm, which feeds into Middle Creek.

A gully with thickets of harakeke flax was discussed with the Environment Canterbury team earlier in the year to see what could be done, with multiple flow paths feeding into it.

Their hopes were to find a positive outcome for the 400m stretch of farmland that had limited value for grazing.

Led by Environment Canterbury project delivery officer Heath Melville, the team funded fencing of one side of the gully, while Tom and Desiree shifted the fence on the opposite side to completely exclude stock from the overland flow path, reducing pugging and soil-loss.

Enough area of pasture was fenced off for a buffer-strip to filter contaminants and nutrients, limiting them from being carried into Middle Creek.

“Doing it this way where the water is channelled it can be filtered much more efficiently,” Desiree said.

“All that works as a great buffer before the water reaches Middle Creek."

Environment Canterbury Kaikōura is looking to take similar actions on local farms that will have long-term benefits like the ones taken on the Bolton farm.

Land management advisor Peter Bradshaw said he hoped that what the management team at Rockwood farm would act as a catalyst for others to think about addressing overland flow paths on their own properties.

“We’ve agreed to assist the Boltons over the coming years, to help them prioritise other actions that they can take care of themselves. Desiree has already shown us several other areas that she’s been discussing with the farm-owner,” he said.

“This is a great example of Environment Canterbury working on-farm with farmers to get a great result for water quality and biodiversity."

"Now that we’ve implemented this first one and a couple more since. We’re keen to collaborate with other local farmers to get more great results.”

If you want to talk to Peter and the team about overland flow paths on your property, contact him by email at peter.bradshaw@ecan.govt.nz. 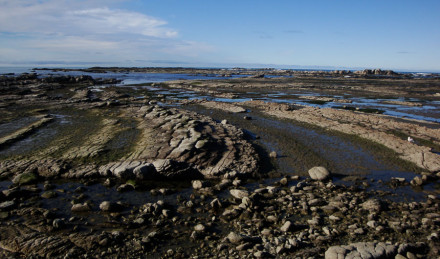 The Kaikōura water zone is one of the most tectonically active parts of New Zealand and features diverse landscapes, biodiversity…