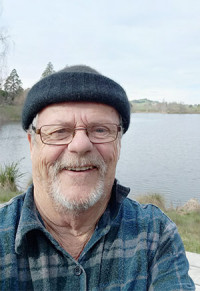 I’ve been pleased to see lots of great work being done alongside the Clarence community to deal to some rogue predators that have been wreaking havoc on native ground-nesting birds at the Waiau Toa/Clarence river mouth.

Our land management and biodiversity advisor Heath has been working with the local Men’s Shed, DOC, and Land Information New Zealand (LINZ) to improve habitat for ground-nesting birds as part of the Waiau Toa Hapua Protection.

Native black-billed gull, white-fronted tern, banded dotterel, pied stilt, and other threatened birdlife have consistently set up camp at the mouth of the Waiau Toa. We’re going to lend them a helping hand by removing lupins to reduce cover for predators, and by laying more than 65 traps to target rats, hedgehogs, stoats, weasels, and ferrets.

Other actions are being considered including pest control of the Southern black-backed gull (SBBG) nearby, which would require further consultation.

These actions come after four years of nest monitoring at the mouth of the river, where mammalian predators and SBBG were found to be impacting the breeding success of black-billed gulls. The SBBG was found to be the biggest threat to the black-billed gulls, until numbers were reduced in 2016.

The local Men’s Shed group with one of their traps. Photo: Heath Melville

John Murray has played an integral part in the project

Clarence resident and Kaikōura Water Zone Committee member John Murray has been an integral part of the project, assisting with community involvement and support, and Immediate Steps Funding.

This project is a fine example of whanaungatanga/collaboration in action to get better outcomes for our environment and the threatened wildlife that resides in vulnerable spaces.

We’d like to thank the Clarence community for welcoming the project, the Men’s Shed for providing a local production line of traps, and LINZ, who has committed funding for the project.