A proposed second stage of weed control and planting at Lynton Downs, Kaikōura will support native forest regeneration within the Kahutara catchment.

The Kaikōura Water Zone Committee has supported the allocation of nearly $12,000 of biodiversity funding to protect and enhance two small tributaries and native bush gullies near Little Linton Creek, which connects with the larger Kahutara River.

The project supports other work in the catchment such as the Poipoi Kotare Riparian Restoration and Greenburn wetland projects, and Rod and Catherine Lamb's 10-year planting project. All projects are within three kilometres of each other, providing ki uta ki tai (mountains to the sea) values for Kaikōura’s Inland Road area. 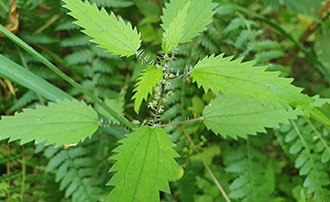 The two gullies at Lynton Downs are dominated by kānuka forest with several species including kiokio and kiwakiwa regenerating since stock was excluded seven years ago.

The main threat to the gullies is weeds, which is why stage two of the project will focus on controlling willow, barberry, and blackberry plus the planting of natives to support forest regeneration. 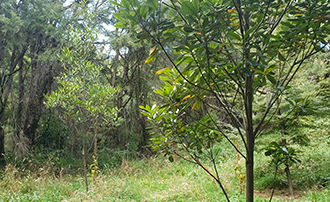 The project first receiving biodiversity funding in 2014 to help protect and enhance remnant bush - of which there is only 10-to-20 percent of original native vegetation left in the area.

Stage one of the project focused on initial weed control and planting, including hīnau and red beech. Farm manager Kurt Bartrum also fenced off the area to protect the waterway that runs through the gullies.

"We were keen to protect the area and establish some bigger species for seed sources to help the surrounding area regenerate," he said.

"Which in turn has helped with paddock and creek management, while creating a larger natural support system for the biodiversity in there.

“It all helps with our farm's environmental sustainability.”

Stage one planting a success 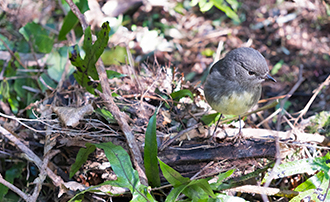 Land management and biodiversity advisor Heath Melville said stage one works had been completed to a high standard by the landowner, which makes further stages of the project more viable to support.

"Previous planting efforts focused on restoring a wider variety of plant species to the understorey, including slow-growing rimu and horopito, which are doing well in the sheltered, shaded micro-climate,” he said.

"There’s a limited diversity of plants regenerating, but what’s there is colonising the gully understorey nicely, particularly ferns and trees such as tīkōuka / cabbage tree, māhoe and karamū."

Six hundred eco-sources trees and shrubs will be planted in the two gully systems, totalling more than seven hectares of restoration. The planting will extend the variety of plant species on the exposed gully edges, currently dominated by exotic grasses which our native plants struggle to outcompete.

A three- to five-metre strip of rank grass will be retained for filtration along the fence line where overland flow paths are channelling run-off.

Landowners wanting to protect and enhance Kaikōura’s waterways can get in touch with staff for advice, assistance, and possible funding. If you're interested, please call 03 319 5781.

Lead image: Area to be planted in the eastern gully.

More than $40,000 of Immediate Steps Biodiversity funding allocated to wetland protection and restoration projects in Kaikōura.