Just a few days before the massive flooding event across Canterbury, our Timaru team was called out to a significant pollution event where oil had spilled into a stormwater drain in the Redruth industrial area. Here’s an update from zone lead Brian Reeves on how the spill was remediated, thanks to a joint effort from local councils and businesses.

We first heard about this event when our local incident team was notified of an oil spill into a Timaru District Council stormwater drain in Redruth on the afternoon of Wednesday 26 May.

This prompted immediate action from both councils and equipment was deployed to control the spread and extract the oil. Investigation into the oil source also began.

By the next day, due to the likely scale of the discharge and risk to nearby Saltwater Creek, Environment Canterbury took control of the clean-up operation.

Over the next two days, with the help of at least 40 staff from multiple agencies and specialist providers, almost all of the surface oil was removed ahead of the forecast extremely wet weather.

The clean-up effort from all organisations and contractors was remarkable and testament to the hard work of all involved. For example, local business Sanford put forward two of their senior managers, who are members of the Environment Canterbury marine oil spill response team, to lead the on-site response operation.

The main concern during the event was the deteriorating weather forecast and being able to complete the clean-up prior to the rain event starting. We were really pleased to get nearly all of the surface oil removed before this happened.

A key method for the clean-up was to apply special oil-absorbing and water-repelling oleophilic pads to soak up the oil from the surface of the stormwater drain. We used nearly 7000 of these pads during this clean-up event, which were then carefully removed and properly disposed. Specialist vacuum trucks were also used to remove the oil.

While the clean-up was happening, an order was in place not to pump stormwater discharges into adjacent Saltwater Creek.

Once the oil was removed from the stormwater drain, some stormwater was then permitted to be discharged from the drain to Saltwater Creek near the sea, to control the risk of forecast rain flooding the drain. Visual observations took place to ensure surface oil was not being discharged.

A small amount of sheen on water near the mouth of Saltwater Creek was observed over the next few days but this was assessed as having a ‘less than minor’ environmental effect.

Ongoing work by contractors is now being carried out to remove silt and organic material from the drain to complete the clean-up.

The impact on our wildlife and environment

It’s too early to give an assessment on the impact but any spill of a contaminant is extremely concerning and our response is always focused on how to help the environment recover.

Nearby Saltwater Creek estuary has important wildlife values and is an area of cultural significance to Te Rūnanga o Arowhenua, who were kept informed throughout the process to help ensure every effort was made to protect the waterway.

A wildlife survey was undertaken prior to any water being pumped from the stormwater drain into Saltwater Creek, and again following the commencement of pumping after the oil had been removed.

These surveys allowed an understanding of what wildlife may have been affected should the spill have spread. The surveys reported no observed effects on wildlife.

Investigating the source of the spill

The investigation is ongoing. With pollution events of this scale, there are multiple areas of enquiry and information must be gathered in line with our processes. Further assessment of the environmental impact on the drain will also take place.

We don’t know exactly how much oil was discharged but it was certainly a significant amount. If the pollution had entered one of our waterways, rather than a stormwater drain, the impact would have been substantial.

We won’t know the financial cost of this incident until we’ve completed a full review.

Oil spill response – the how, the who and the why

We work proactively with operators to help ensure they do not have oil spills, and that appropriate response equipment is… 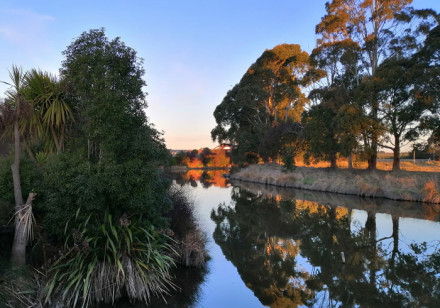 Find out how to get involved in our community-led catchment group.