An ambitious project that will see a wetland constructed near Coes Ford is approaching the end of its design phase.

Coes Ford is a popular swimming, picnicking and camping area south of Springston. At times during summer, the water quality is below standards set for swimming.

Silverstream, a spring-fed catchment, is the main contributor of contaminants to the Waikirikiri/Selwyn River at the site. Three years ago, a feasibility study that we commissioned determined that a constructed wetland could improve the water quality of the Silverstream before it reaches the Waikirikiri.

A working group was then formed to help progress the project and explore construction opportunities. The group is made up of representatives from Te Taumutu Rūnanga, local landowners, Selwyn District Council, the Selwyn Waihora Water Zone Committee, Water and Wildlife Habitat Trust, industry, and Environment Canterbury.

This land will form part of a planned 26-hectare (approximately) biodiversity, mahinga kai and recreation development – of which the proposed four-hectare wetland will be a part of.

Morphum Environmental Ltd won the tender for the wetland’s design, which will be shared with the working group.

The cost of the design was partly funded by Fonterra’s Sustainable Catchments fund, with Environment Canterbury making up the difference. 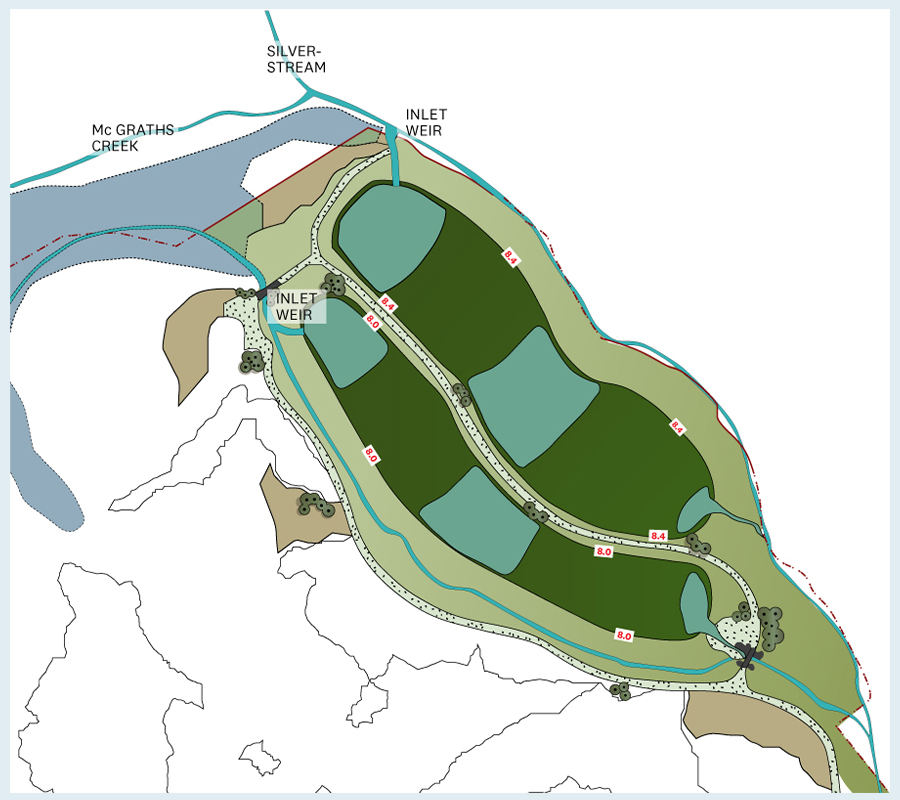 Environment Canterbury land management advisor, Sylvia McAslan, says the site will be made up of two wetlands.

“They’ll act like a couple of kidneys, in that they’ll take water from Snake Creek and Silverstream and will remove some of the contaminants through special plants and sediment traps.”

The community has been kept updated on the project at annual catchment meetings, where all landowners are welcome. The next one is planned for November.

A separate meeting was also held earlier this year to hear from landowners who were concerned the project could heighten the risk of flooding.

“The designers - along with river engineers, were able to hear any concerns that needed to be taken into account, and allay people’s fears.”

Sylvia says the next step will be securing funding for construction, after which the construction procurement process can begin.

It’s hoped construction can get underway in summer 2023/24.

A new video details how Coes Ford plays a big part in a nationwide study into the relationship between E.