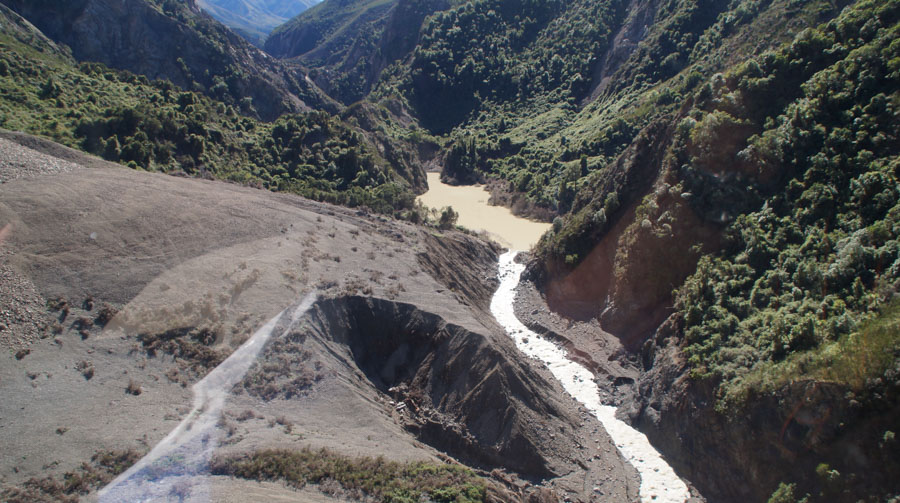 The 14 November 2016 earthquake and subsequent aftershocks have led to numerous landslide dams being formed in North Canterbury and Kaikoura rivers and streams.

Rainfall associated with Ex Tropical Cyclone Debbie over 4 – 6 April 2017 caused many of the dams being monitored by Environment Canterbury to partially or fully breach. Up-to-date information on the landslide dams is available.

How the rain has dealt with the landslide dams

While the recent rainfall meant access to Kaikōura was temporarily cut off, the rain did have some positive effects on the landslide dams caused by November’s earthquake. Staff from Environment Canterbury, Kaikōura District Council, GNS Science and Golders flew over the dams to see what effect the rain had on them.