A project which seeks to use an electric barrier to protect the nationally threatened Canterbury mudfish from predators will be the first of its kind in New Zealand.

Environment Canterbury, Department of Conservation and local landowners around Haldon Pasture Springs in the Selwyn District met with American hydrological engineer Jason Kent this week to begin mapping out and planning the logistics of the estimated $120,000 project.

"This is a unique opportunity to showcase how biodiversity, species protection and agriculture can work together – delivering sustainable farming and conservation in the diverse agricultural landscape of Canterbury” said Johannes.

The Canterbury mudfish protection project will utilise an approximate six to seven metre long canvas array, think "permanent electric fishing with an electric fence", covering the full stream bed which will send out electric pulses discouraging trout and eel from swimming upstream into the tributaries but rather continue up the mainstem of the Hororata River away from important mudfish populations.

The Selwyn Waihora catchment has the largest remaining fragments of Canterbury mudfish of any other zone in the Canterbury region.

The Haldon Pasture Springs site is particularly significant as it is one of only a few, where mudfish in the Hororata catchment managed to survive during the 2015-16 drought.  Mudfish from there have begun expanding into areas downstream where populations were particularly affected by the drought.

It is expected the project would lead to a 10-fold increase of habitat from 820m2 to 8200m2 in the Selwyn Waihora catchment by allowing mudfish to expand their movements into the lower reaches of Haldon Pasture Springs.  This could also lead to the area being used as a nursery where mudfish are transplanted.

Plans for the barrier are expected to be prepared by July.

Canterbury mudfish are the most threatened of New Zealand's mudfish species. They have a conservation status of Threatened (Nationally Critical) under the NZ Threat Classification System. 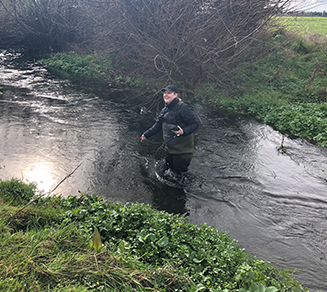 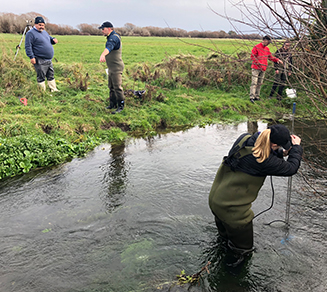