A plan for action for Ashburton water zone When the Ashburton water zone committee met in late July, there was a lot to discuss after a busy few months.

The flooding that followed three days of heavy rain at the end of May affected the whole region and our environment, taking an especially heavy toll on those who make their living near the banks of the Hakatere/Ashburton River. It was gratifying to see how the greater community got behind those directly affected with offers of help, and we can only hope that those affected directly by the floods have now felt some relief and can see the way forward now.

Former committee member John Waugh was able to share with us some data on the large surge of water that passed through the catchment, and Environment Canterbury river engineer Shaun McCracken gave us a report on the condition of our stopbanks and other flood defences.

It's a timely reminder that we can invest and maintain the infrastructure to protect ourselves against nature, but these works are expensive and offer only a certain level of defence.

Setting our goals for the next three years

The Committee's Action Plan 2021-24 has been published on the Ashburton zone page of the Environment Canterbury website.

It establishes our purpose and role, as well the priority areas where our councils would like our assistance. 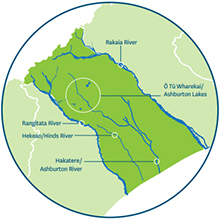 Most importantly, it sets out where we as a committee need to focus – especially the following:

We received reports on the condition of our high-country lakes and progress towards improving water quality in Carters Creek, plus heard from the Hekeao/Hinds catchment group on their proposal to a Catchment Collective to support catchment groups in Mid-Canterbury, and discussed possible ways we could increase water flow to Wakanui hāpua, improving an important habitat for native species.

Fresh faces to help us carry out our mission

We appreciate Cargill's input over the last three years, and look forward to Adi, Clare, and Sidinei working with us to help achieve the goals we’ve set for ourselves in our Action Plan. 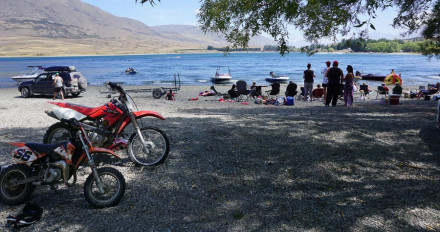 The Ashburton water zone is bordered by two large braided rivers — the Rakaia and Rangitata, which have their headwaters…