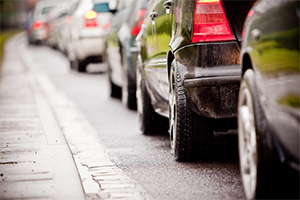 Reducing transport emissions is critical to reducing the effects of climate change, and ensuring New Zealand can meet its targets under the Paris Agreement and the Climate Change Response (Zero Carbon) Amendment Act.

The Regional Transport Committee has set a target of a 30 percent reduction in greenhouse gas emissions from land transport in Canterbury by 2030.

Land transport is a major contributor to Canterbury's greenhouse gas emissions, accounting for 16 percent of our region’s emissions in 2018. Nearly 70 percent of all road transport CO2 emissions are from light vehicle use (cars, SUVs, utes, vans and light trucks) as opposed to heavy vehicles.

Despite population growth, emissions from light vehicles such as cars and motorcycles have remained relatively steady. Overall road transport emissions have generally been increasing but decreased in 2019 and 2020. The changing profile of the vehicle fleet in Canterbury and increased vehicle fuel efficiency appears to have been the main contributing factor.

Emissions and the impact on our health

Emissions from transport have an impact on the air quality in our region, and on our health.

How emissions affect our health 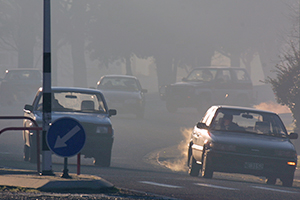 Transport emissions are made up of both:

These emissions can affect our health both short and long-term. For some, the cumulative effects of exposure to air pollution leads to serious illnesses such as cancer, chronic bronchitis, heart attack, stroke, or death. Vulnerable people (the young, the elderly, and people with existing respiratory conditions) are typically worst affected. 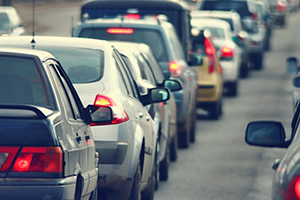 While emissions of some pollutants have reduced in recent years (due to improved engine technology and fuel quality, or a switch to electric vehicles), many improvements have been offset by higher traffic volumes, more distance travelled, and intensification along transport corridors.

In addition, vehicles are getting heavier, with larger engines. 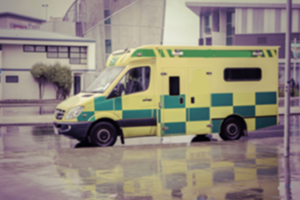 The report, released in July 2022, showed that in Canterbury exposure to transport emissions in 2016 contributed to:

The Regional Transport Committee has targeted a 30 percent reduction in greenhouse gas emissions from land transport in Canterbury by 2030.

Reducing transport-related greenhouse gas emissions is part of our responsibility as kaitiaki, and we have a number of strategies and plans in place to make this a reality, including the following. 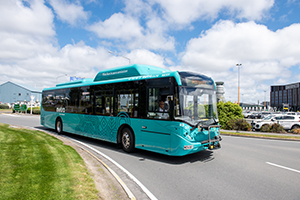 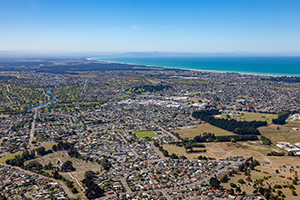 We are a member of the Greater Christchurch Partnership a committee of councils, government agencies and rūnanga with a joint mission to look at the kind of place we want for our future generations. 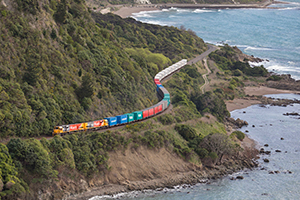 We are working to move more of the region's ever-growing freight task by rail and coastal shipping as well as shift the trucking fleet to zero emissions vehicles.

Both rail and coastal shipping are lower emission modes than road freight.

However, many freight movements cannot be served by rail or coastal shipping, so road freight also has a major role to play. 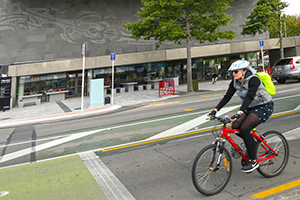 We work with local councils in our region to support and promote walking and cycling.

There are now more than 60km of dedicated cycleways in Christchurch, making cycling in the city safer and easier for everyone.

These cycleways are supported by bike parking and electric bike charging options located around the city.

In 2022, the Canterbury Regional Transport Committe commissioned research into people's attitudes towards transport emissions in Canterbury. Please contact us for the full report.

Ways you can reduce transport emissions

We all need to make changes if we want to reduce the impact we have from moving around. Ways in which we can all work together to reduce our greenhouse gas emissions from transport, include:

These also have the added benefit of improving health and wellbeing.

For more ideas, watch the 'It's time, Canterbury' video about what you can do to make a difference.